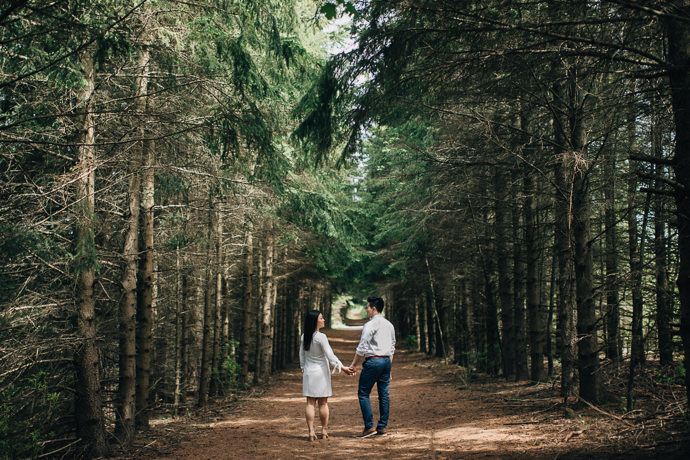 If you’re from Toronto or the Southern Ontario area, you know that we’ve been experiencing ridiculous amounts of rainfall this season! This is highly unusual for summer! The water levels are so high that a lot of popular portrait locations are flooded and inaccessible. Around late May, places like Scarborough Bluffs and Ward’s Island were completely out of commission, which threw a wrench in a lot of our plans! Luckily for Hilary and Benny, after scouting out various location options, they decided on a Kortright Conservation engagement. Kortright was largely unaffected by the rain. But due to the swamp in the conservation area, their mosquito situation was a little out of control! Poor Hilary got eaten alive! (We have since stocked our cars with heavy duty bug spray and After Bite ????)

For those of you who are unfamiliar with Kortright, it is a suburban conservation area known for its Maple Syrup Festival. It’s also a popular location for portraits, especially for engagements and weddings in the Woodbridge or Vaughan area. One of the identifying features of Kortright is “Trail Z”, where you can find a picturesque colonnade of manicured pine trees. If you decide to have a portrait session at Kortright, it’s pretty much inevitable that you will end up here! There’s something ethereal being deep in a forest, where the light is soft and you’re surrounded by majestic trees. According to Benny, it felt like a bit like we were in Twilight! Our only response to his remark was to laugh awkwardly – it’s somewhat embarrassing to admit, but back when Lelaine and I first met, one of our very first conservations involved us gushing over Edward Cullen! I’m sure you’re laughing at us now, but just admit it! You were one of us too!

We’re so excited to share a few snippets of Hilary and Benny’s Kortright Conservation engagement photos with you below. Can’t wait for their wedding later this year! 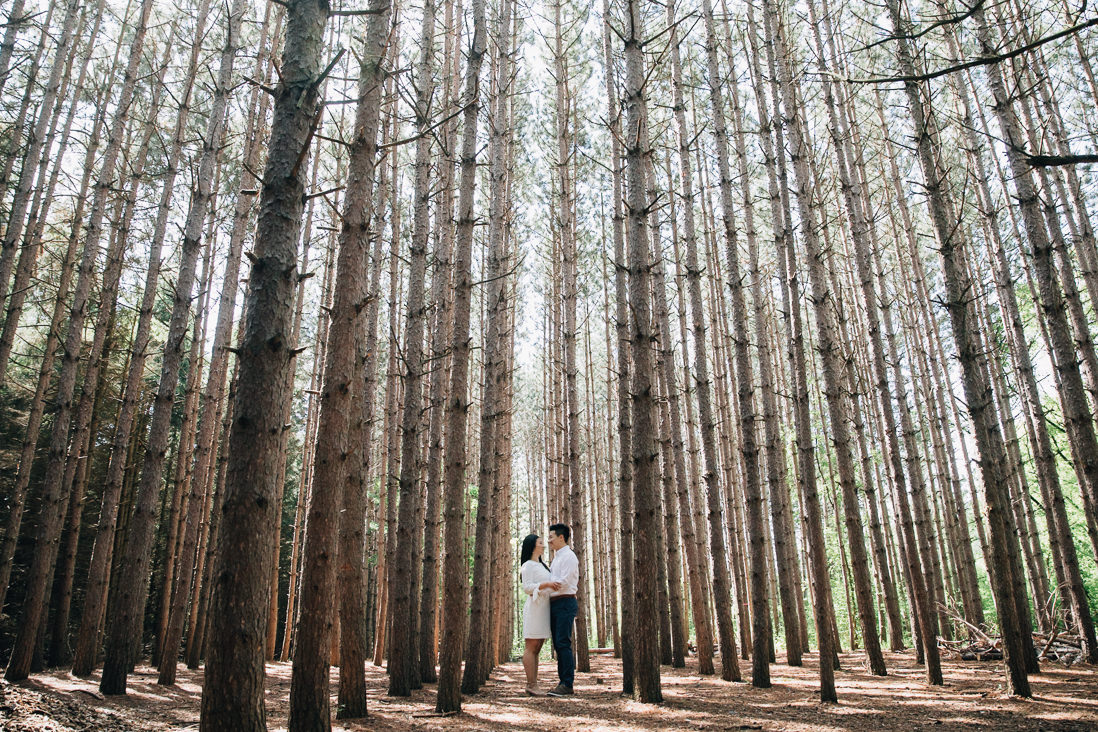 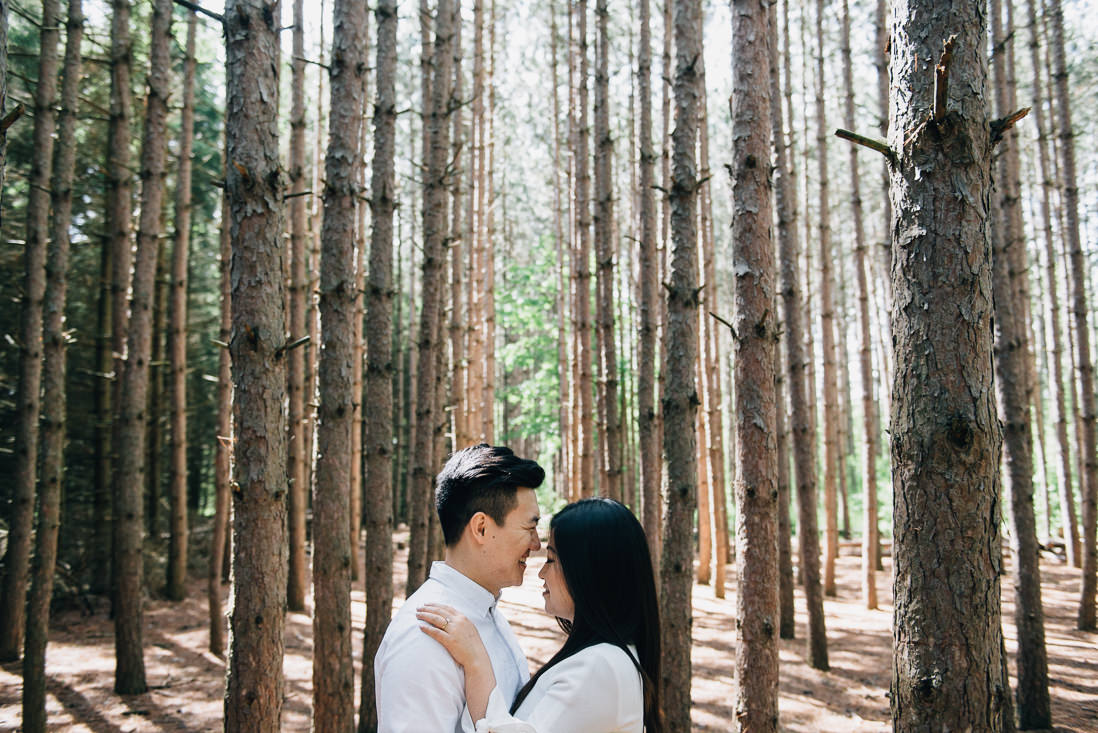 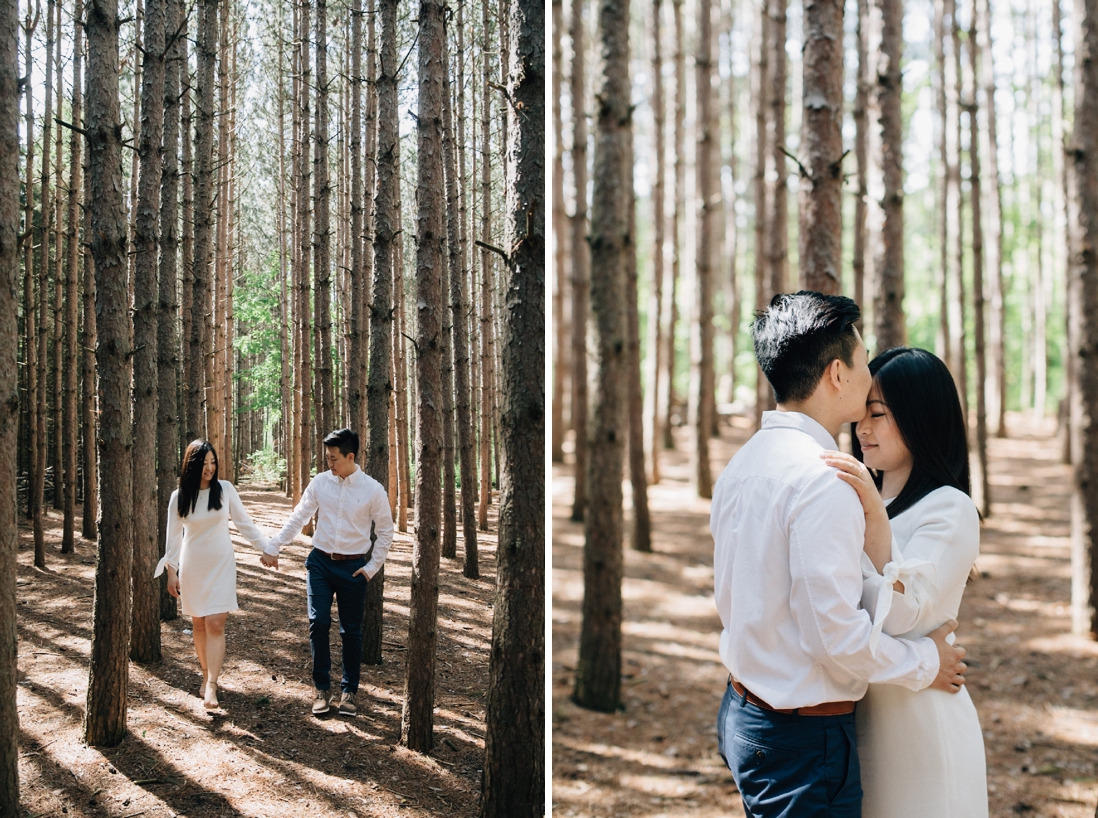 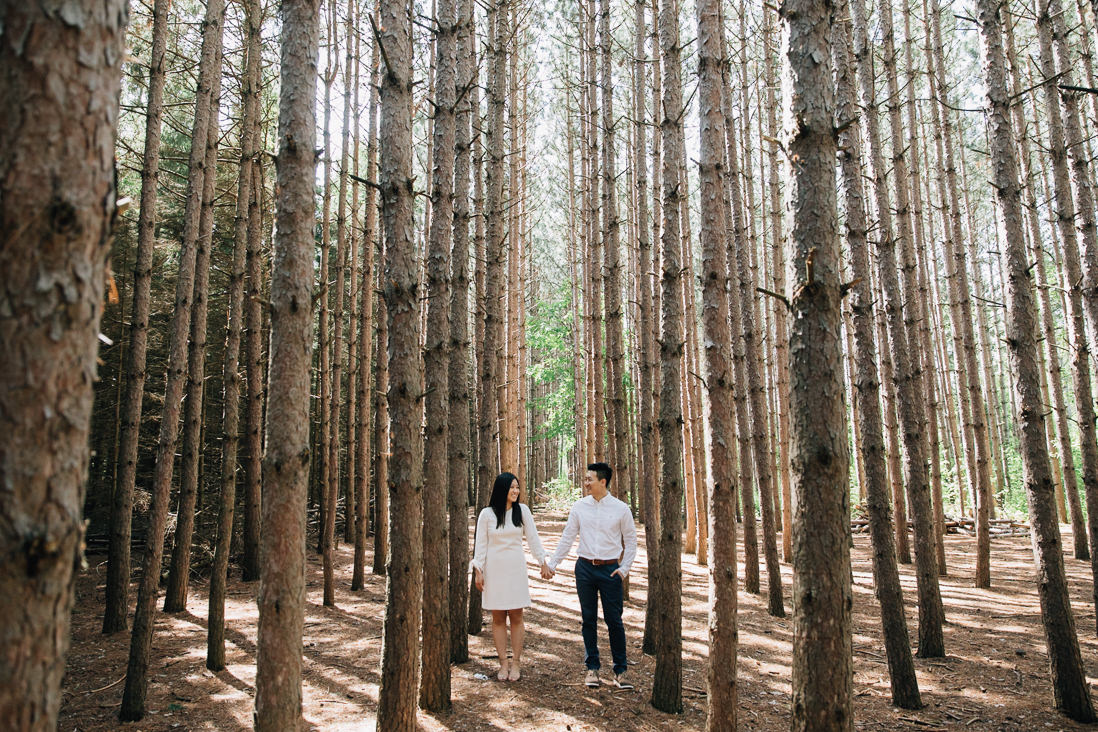 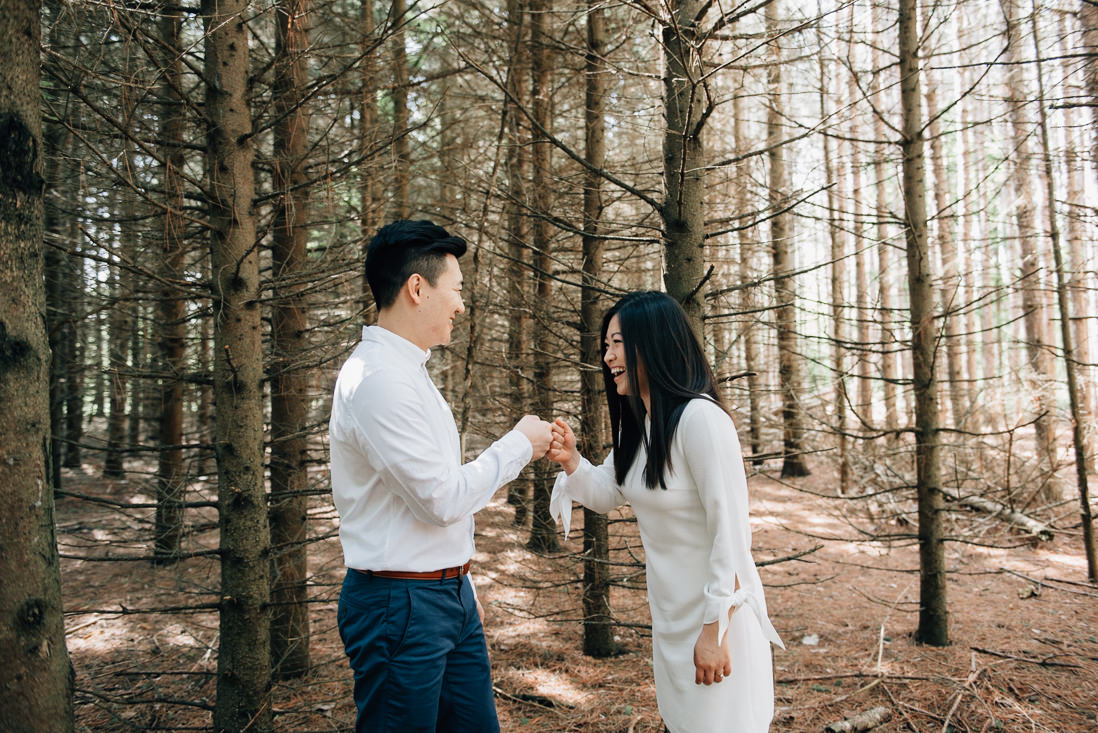 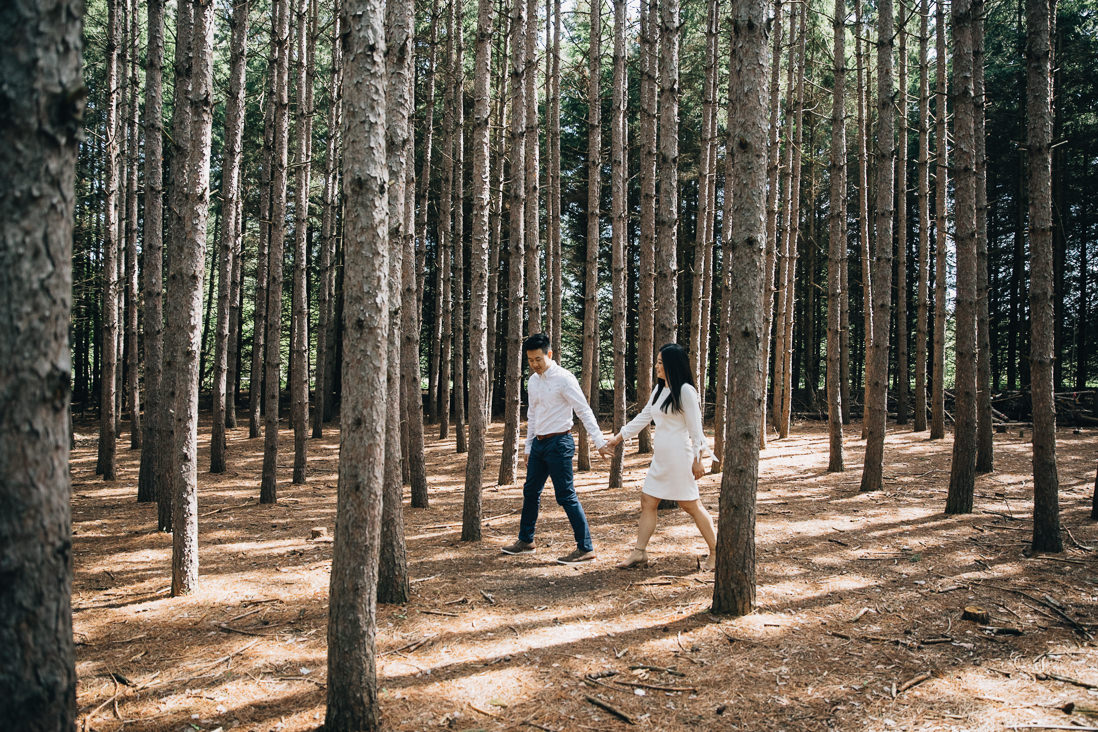 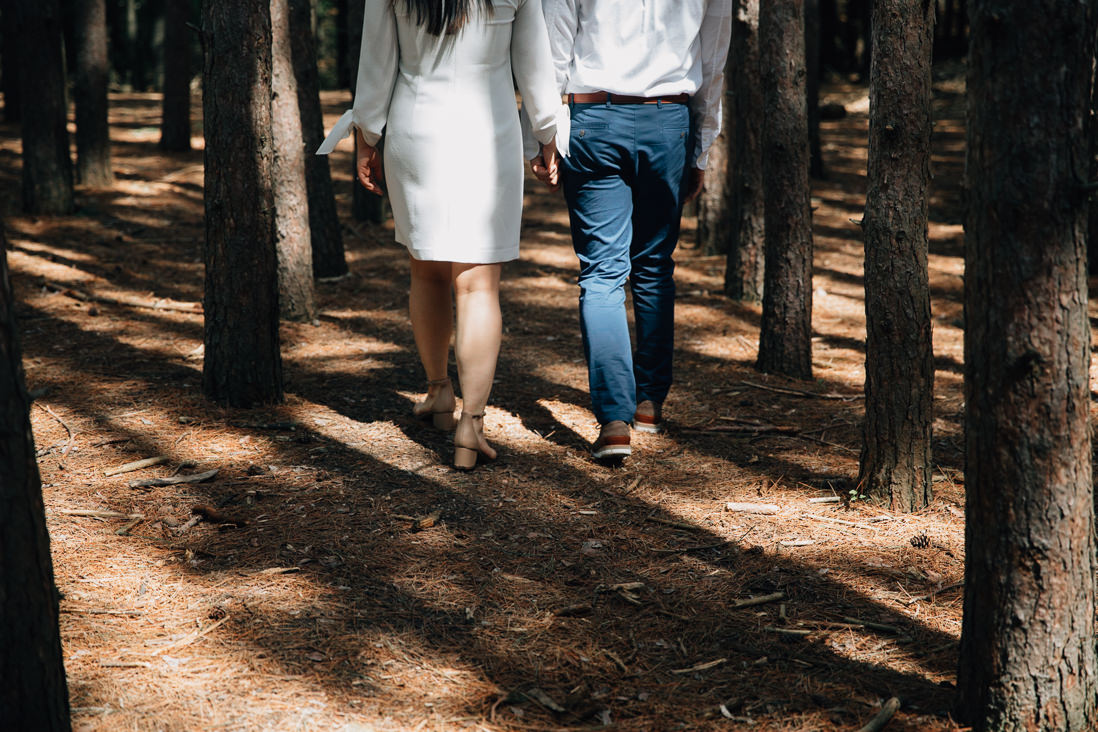 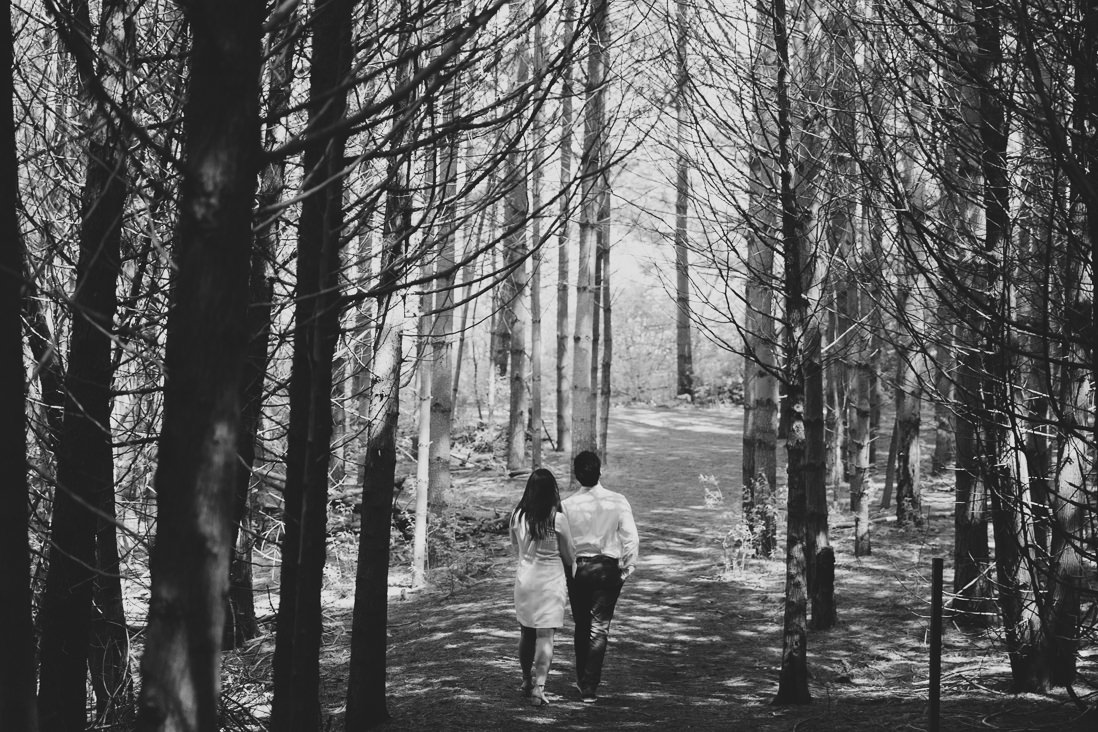 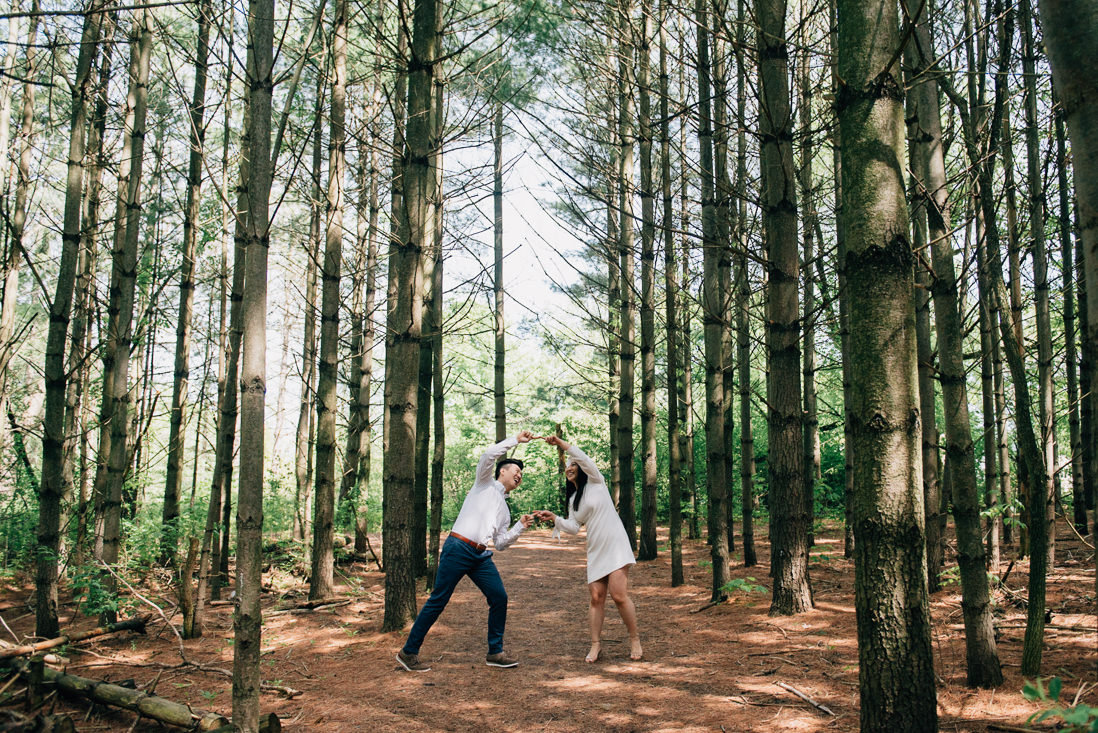 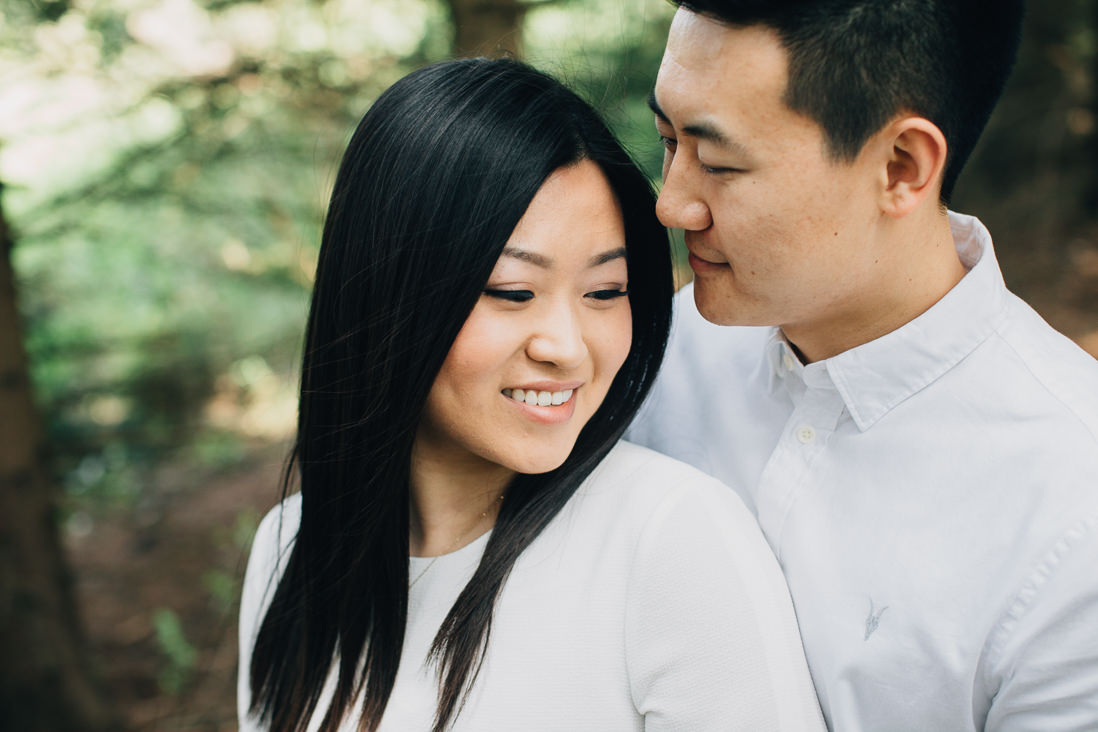 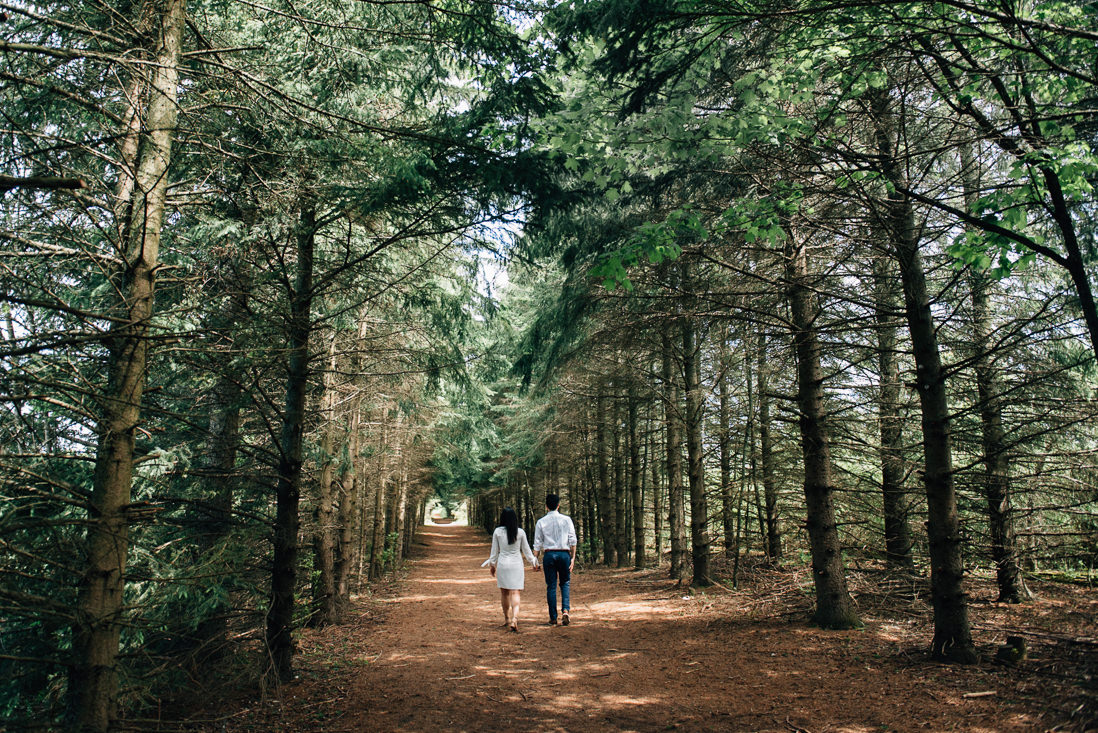 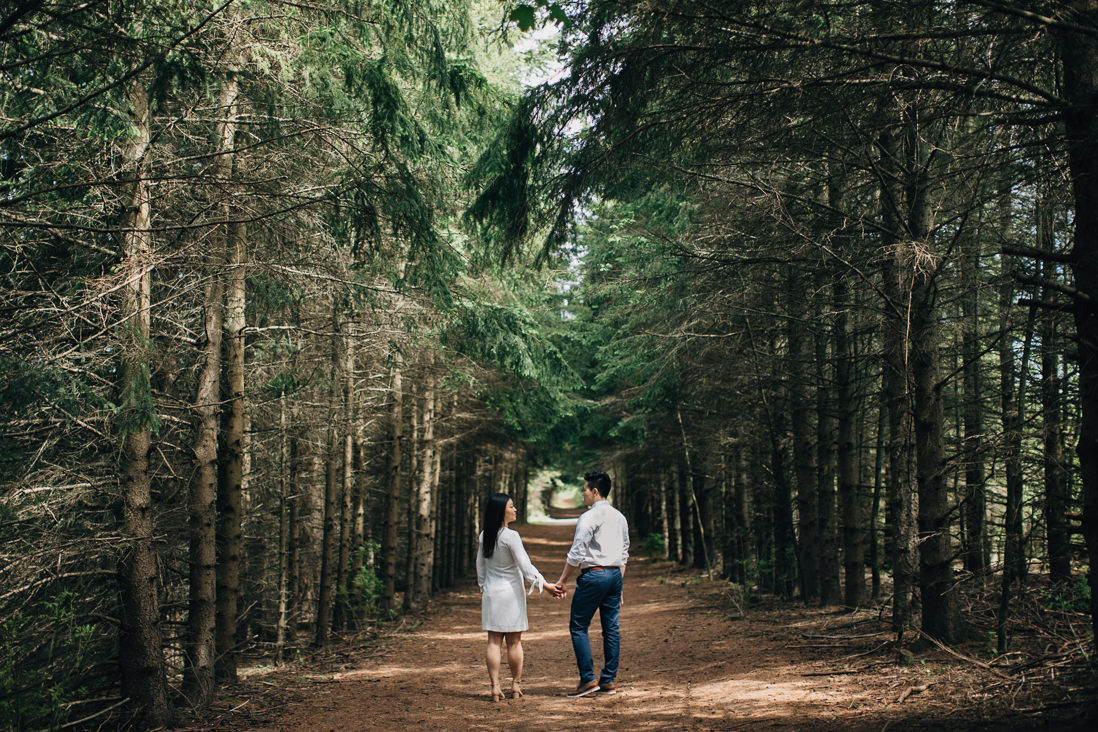 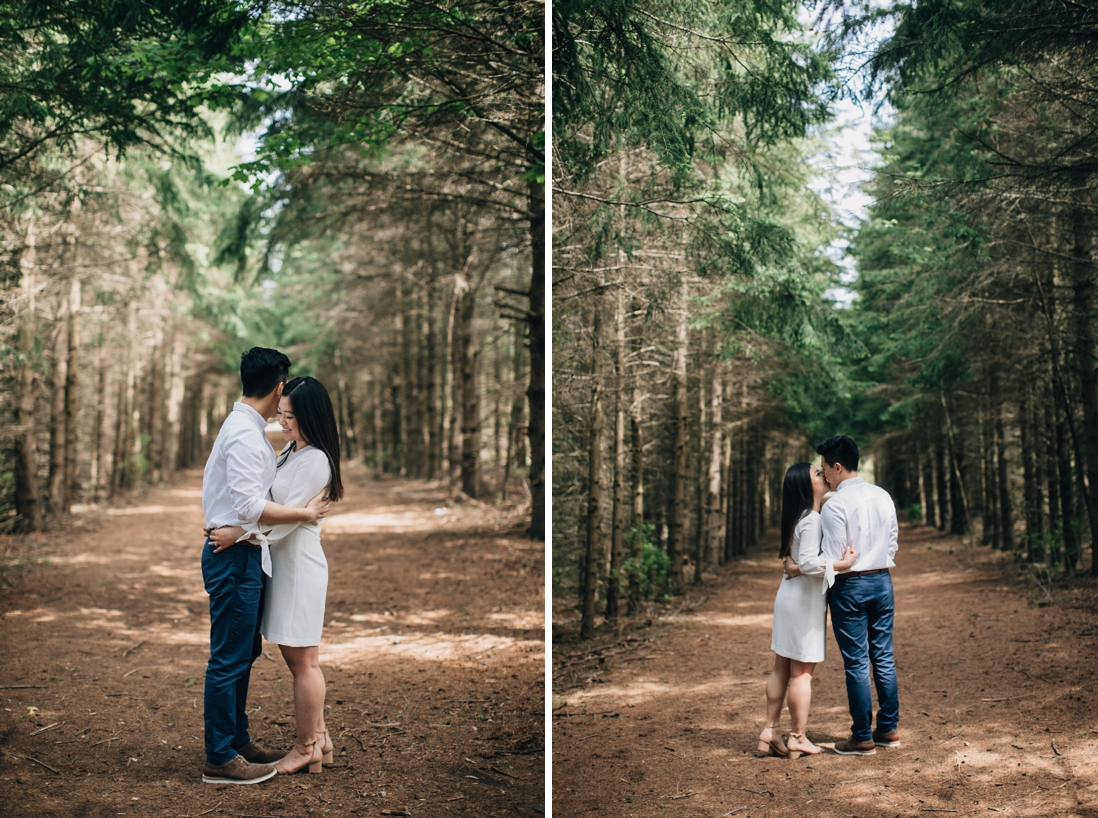 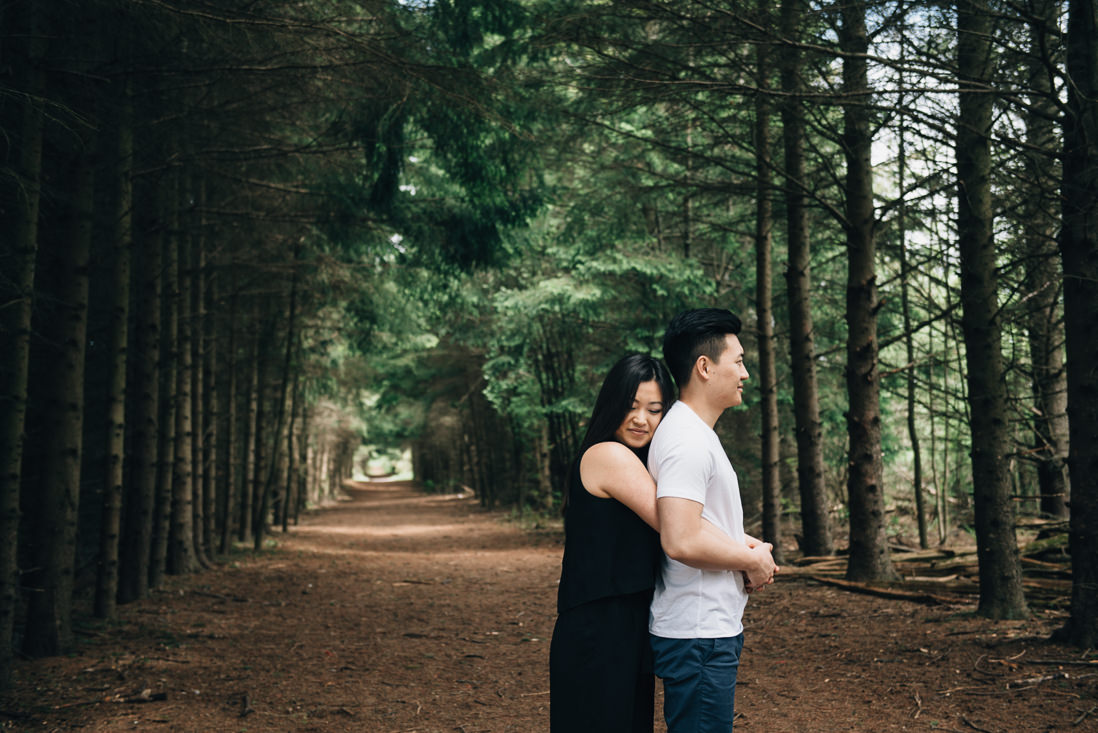 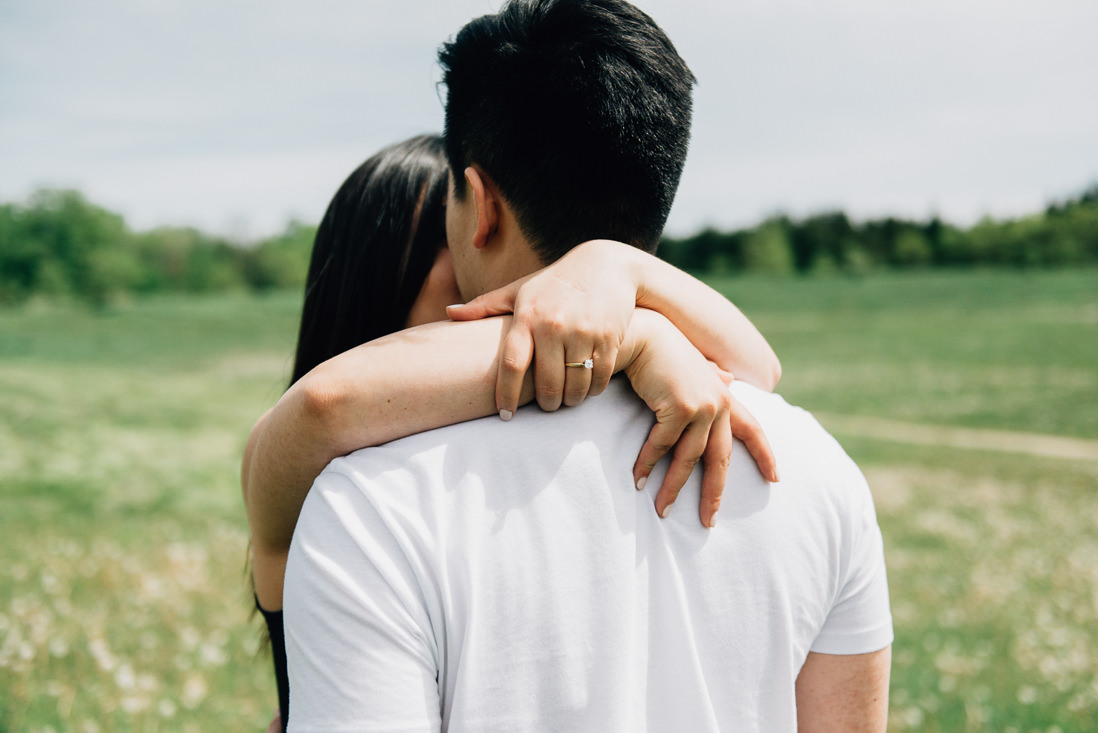 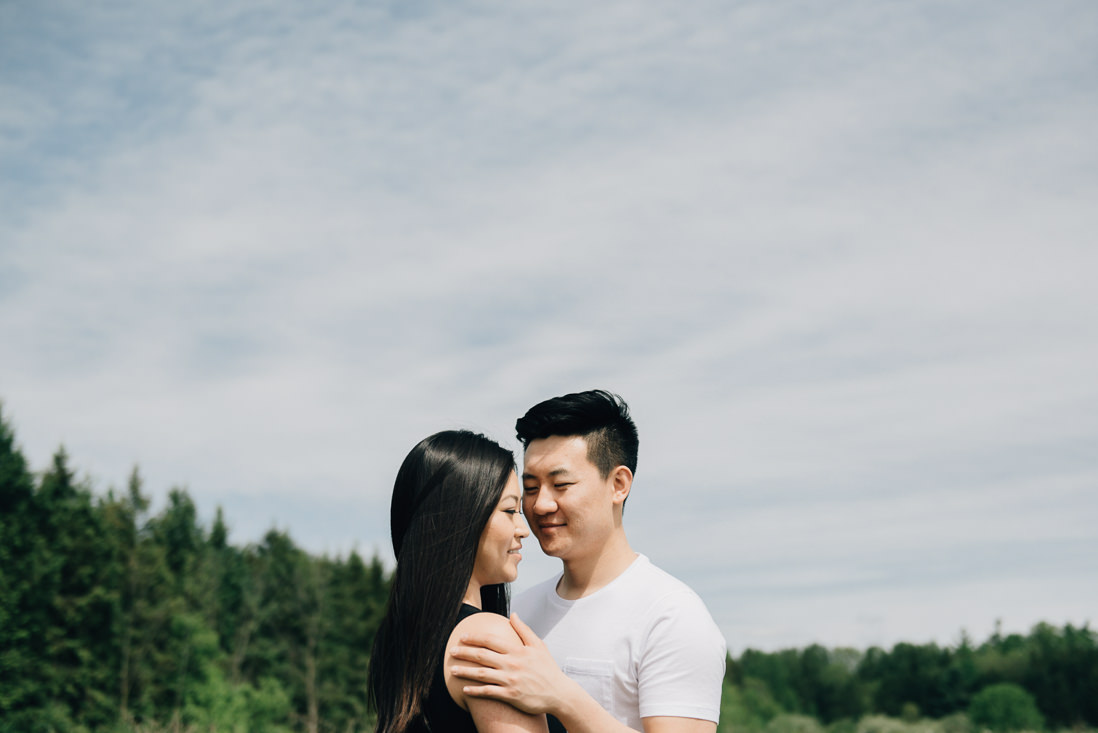 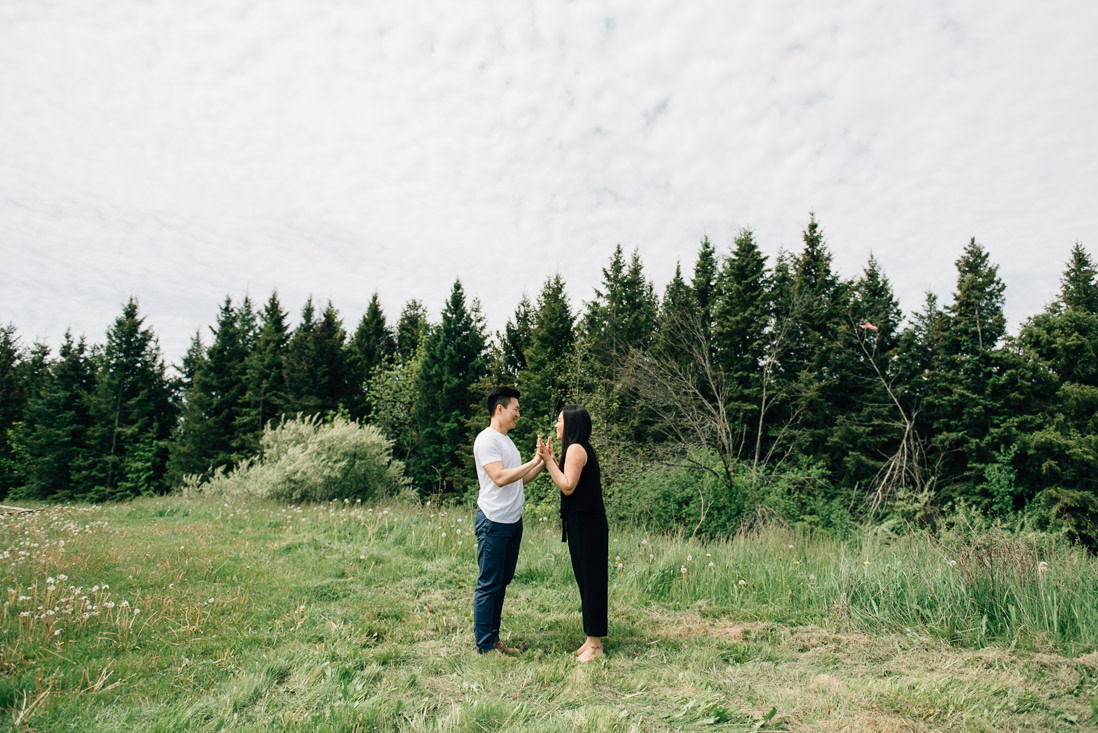 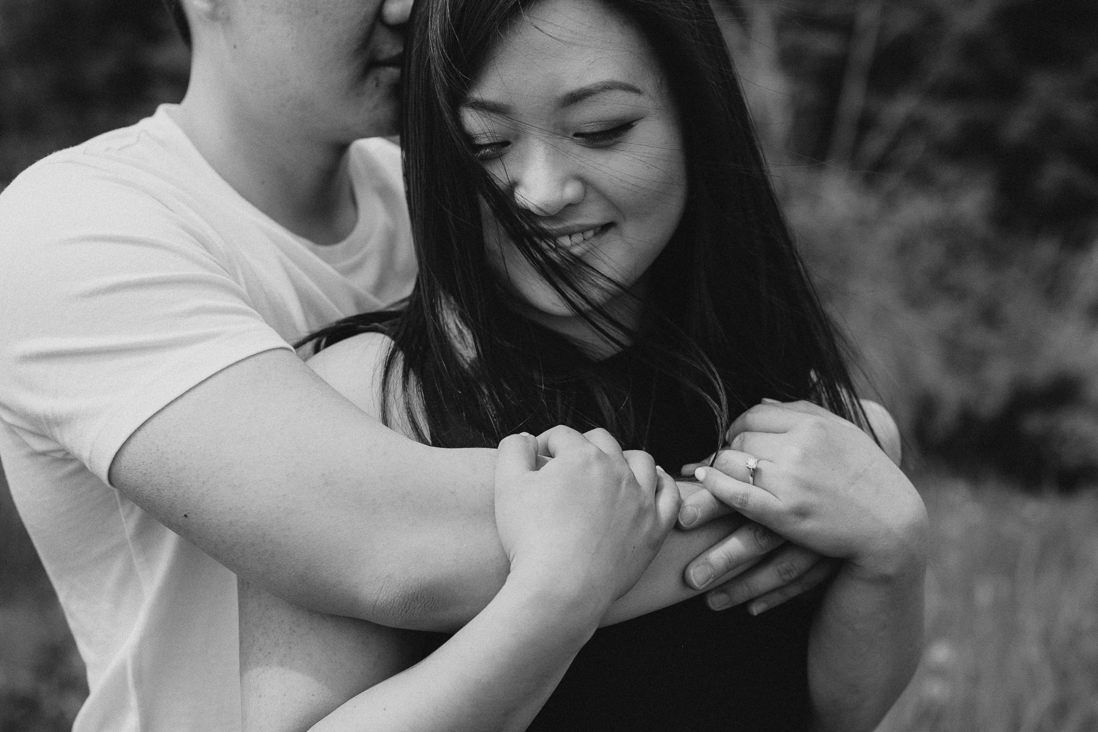 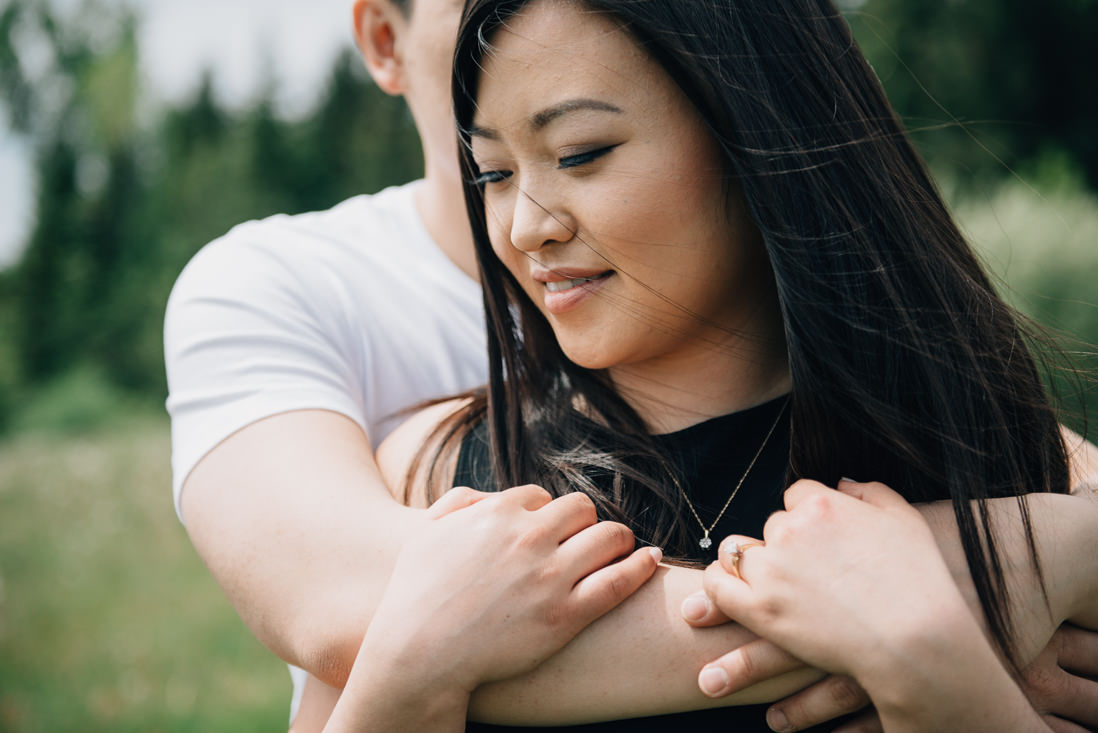 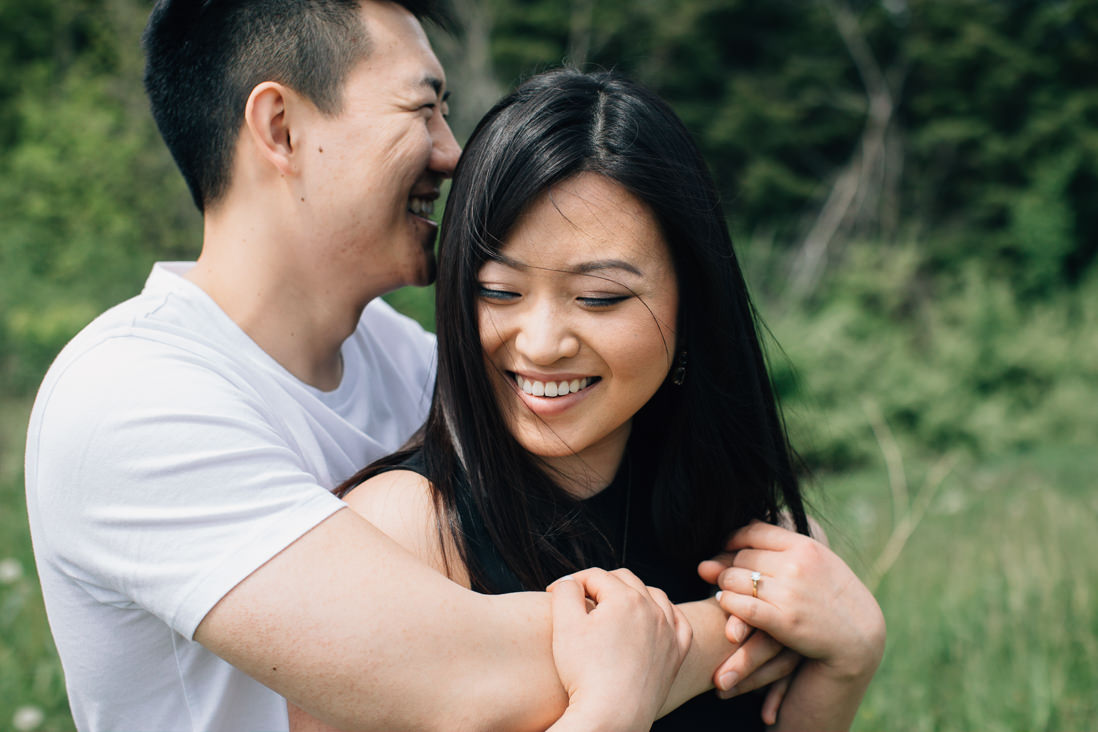 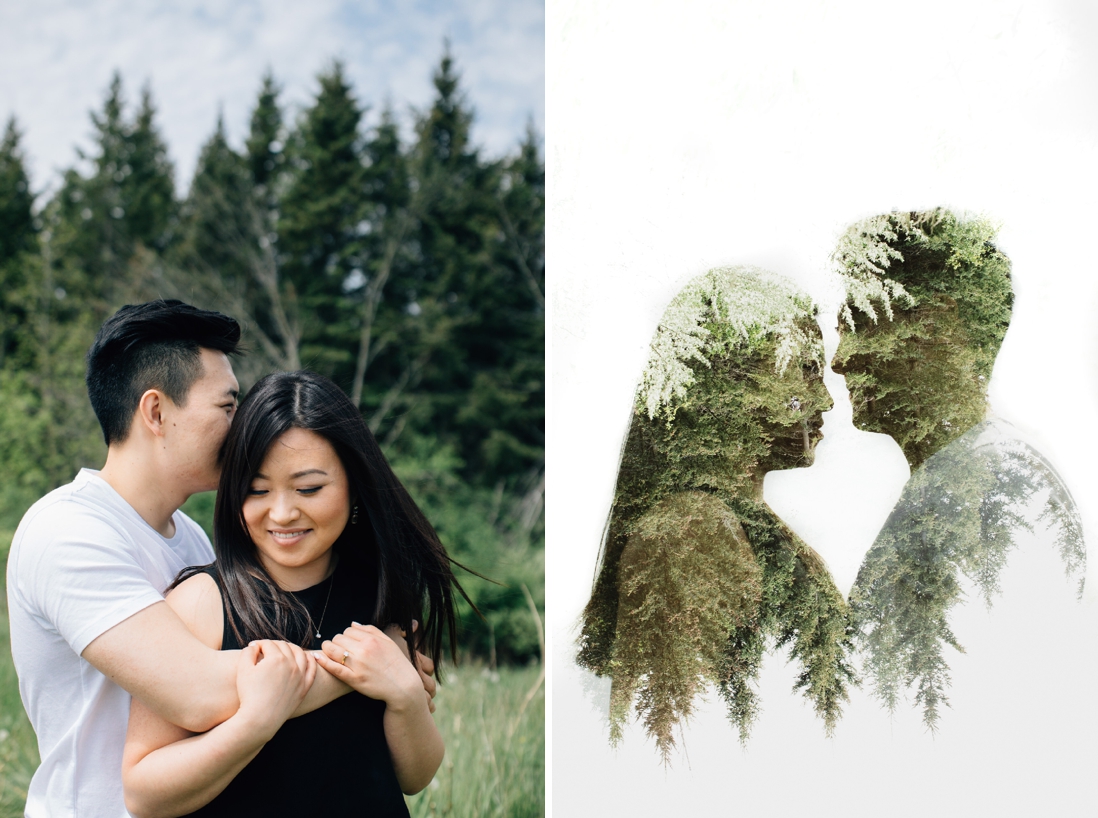 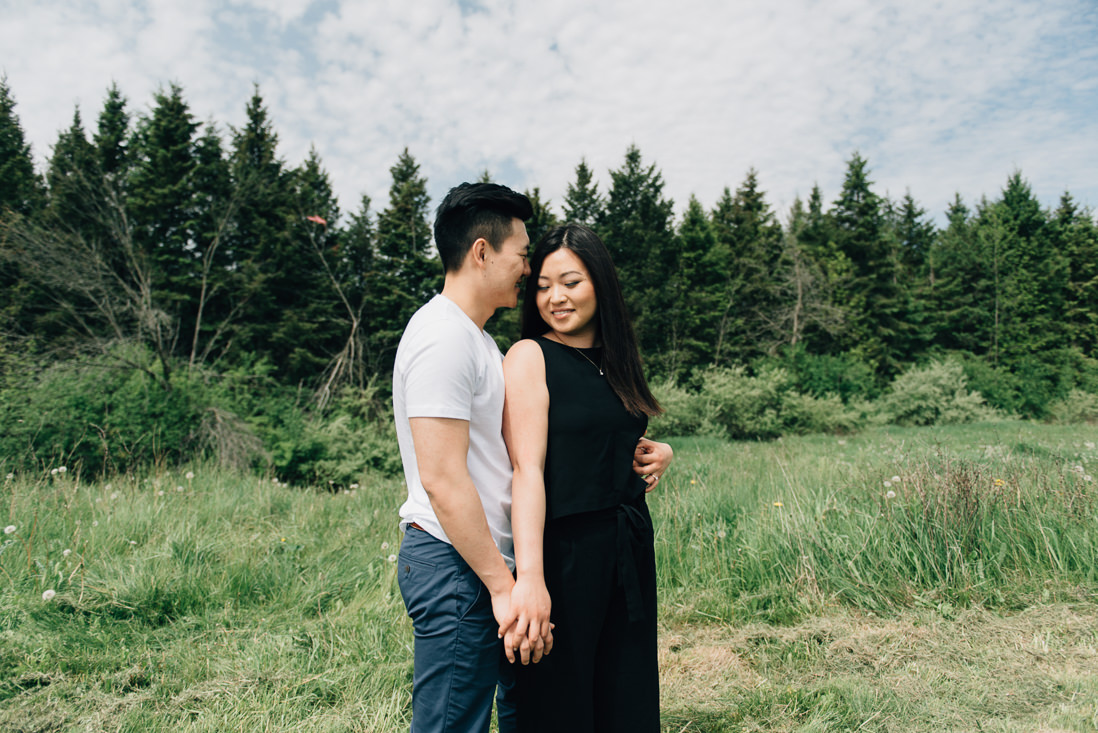 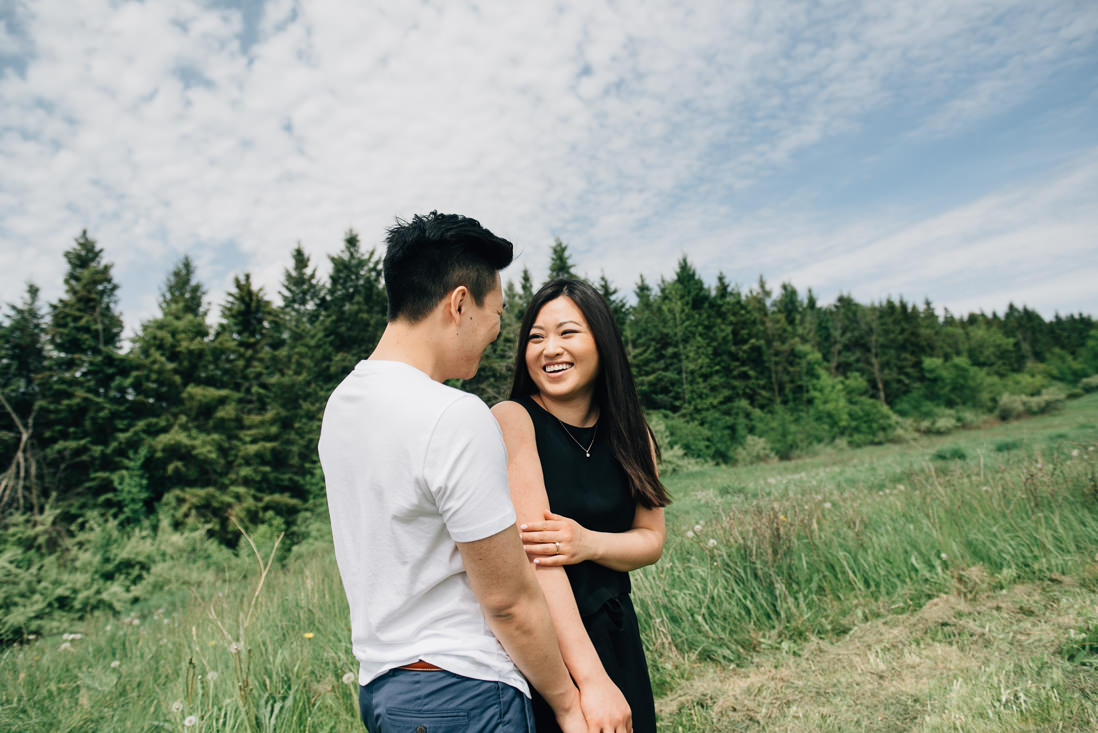 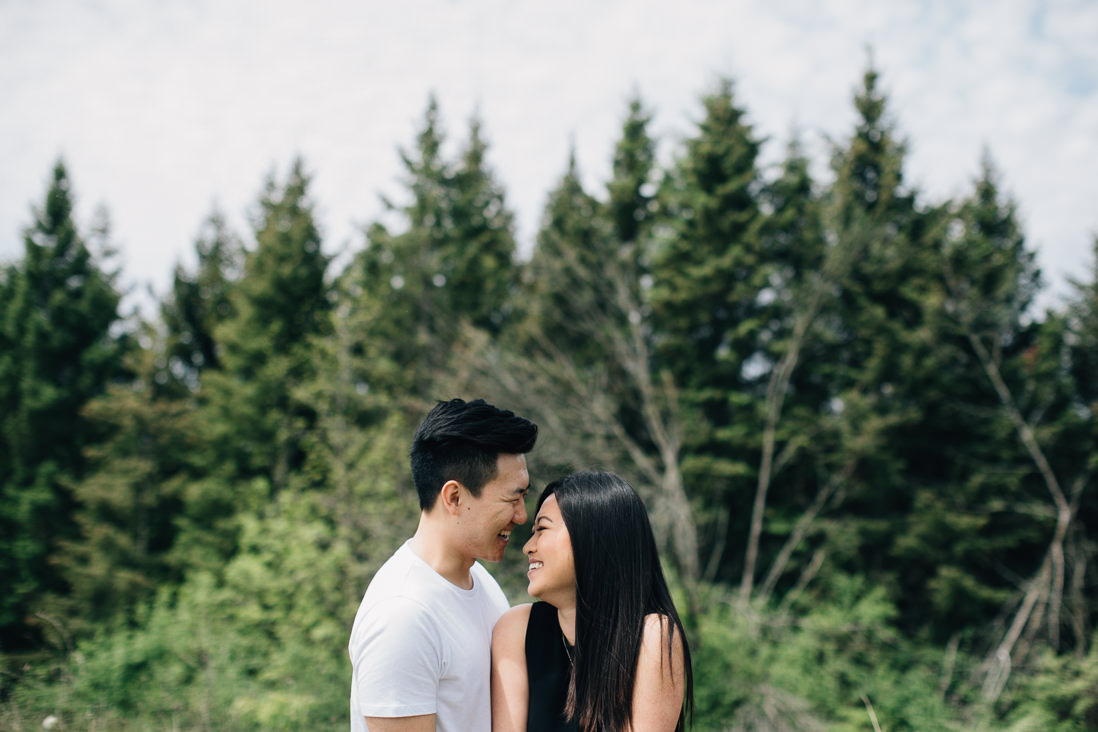 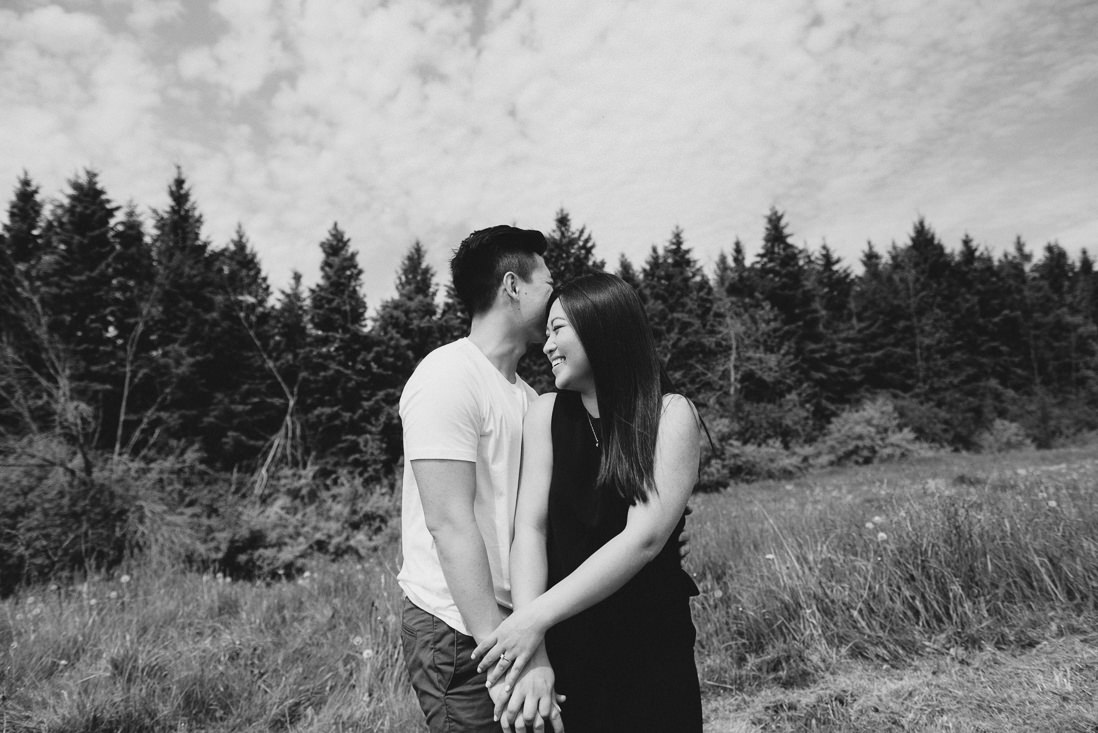