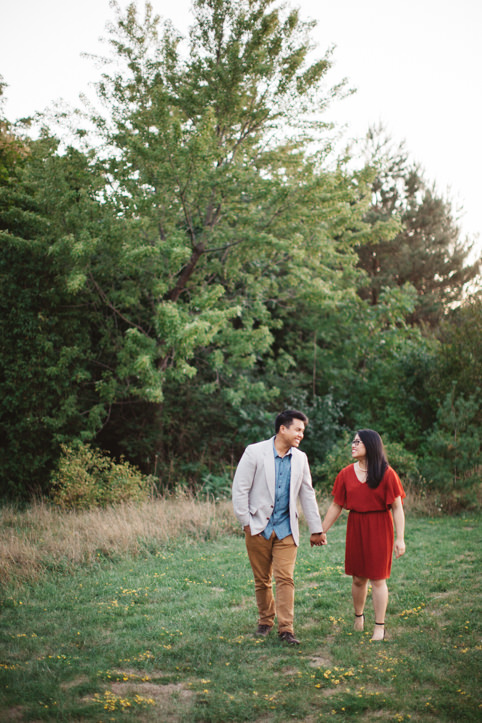 Four years ago, Annalyn and Joemel met on a missions trip in the Philippines. Since then, they’d been in a long distance relationship, with Annalyn in Milton, and Joemel 2,600 miles away in San Diego. For those of you who have been in a such a relationship before, you can probably empathize with their situation! Late last summer, Joemel contacted us about shooting a Mississauga surprise proposal, and we immediately set off to form an elaborate plan that was coined “Operation SPARO”, short for (If You Like It Then You) Should Put A Ring On (It). After weeks of scheming with Annalyn’s family and closest friends, we managed to formulate a plan that successfully caught her off guard!

Joemel was going to be in town for their a bi-annual reunion, and he told Annalyn that he’d only be here for one week… but in reality, he was going to be here for TWO!! He even went as far as doctoring a fake e-ticket for his flight so Annalyn wouldn’t suspect anything!

The Sunday that he was supposed to leave, Annalyn said goodbye to Joemel at the airport with the expectation that she wouldn’t see him again for a few months. Little did she know, we had one of her friends swoop in and pick him up immediately after she’d dropped him off! Joemel then met up with us at a park in Mississauga where he would make his surprise proposal. We had Anna’s brother convince her to go to the same park to meet some friends to cheer her up! After a few fake detours, she arrived, and we had Joemel ready and in position. He stood at the far end of the park, looking in her direction, where he would wait until she noticed him. This is what happened when she finally did… 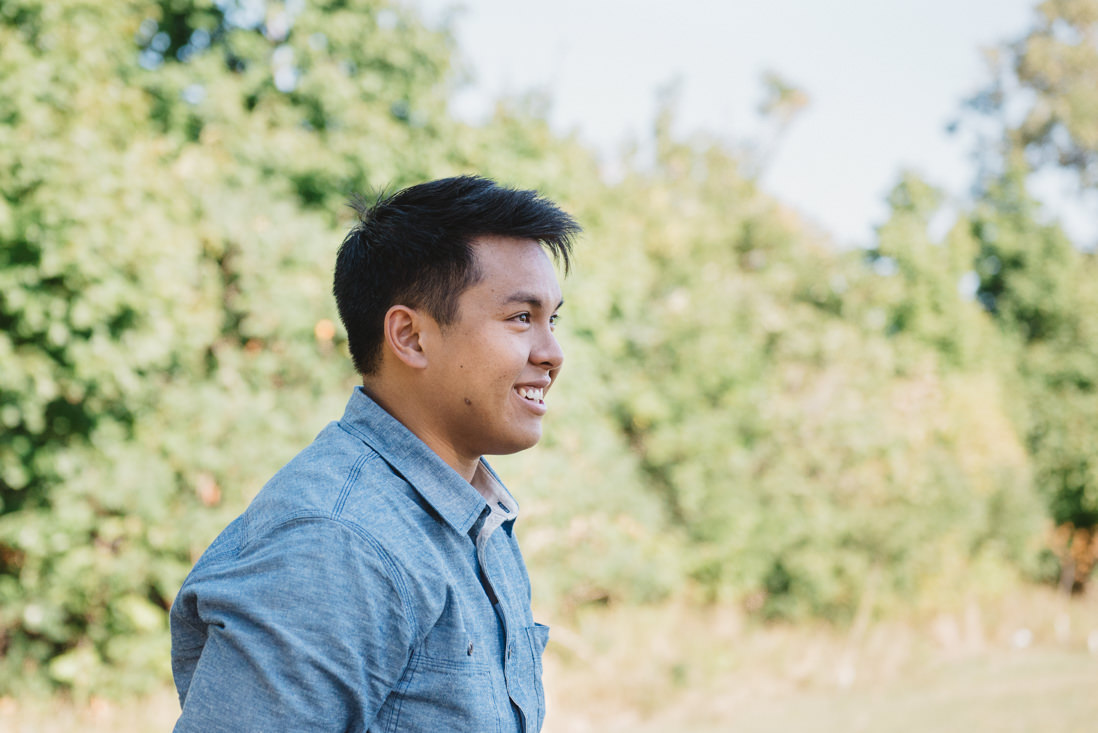 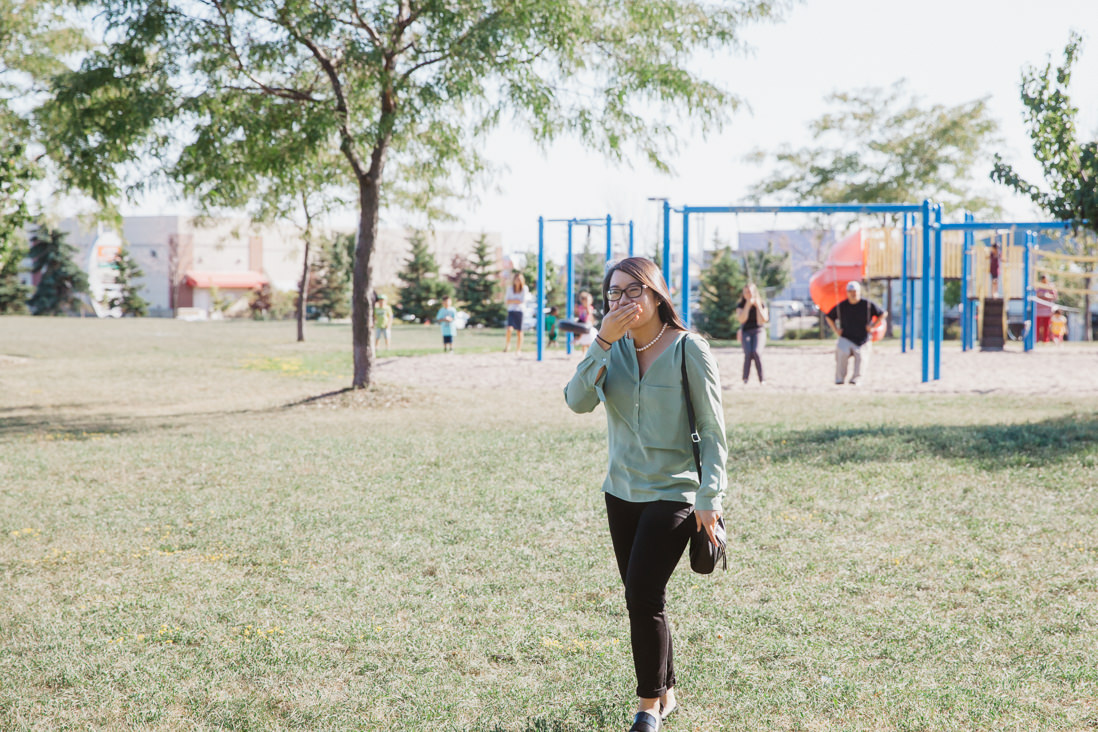 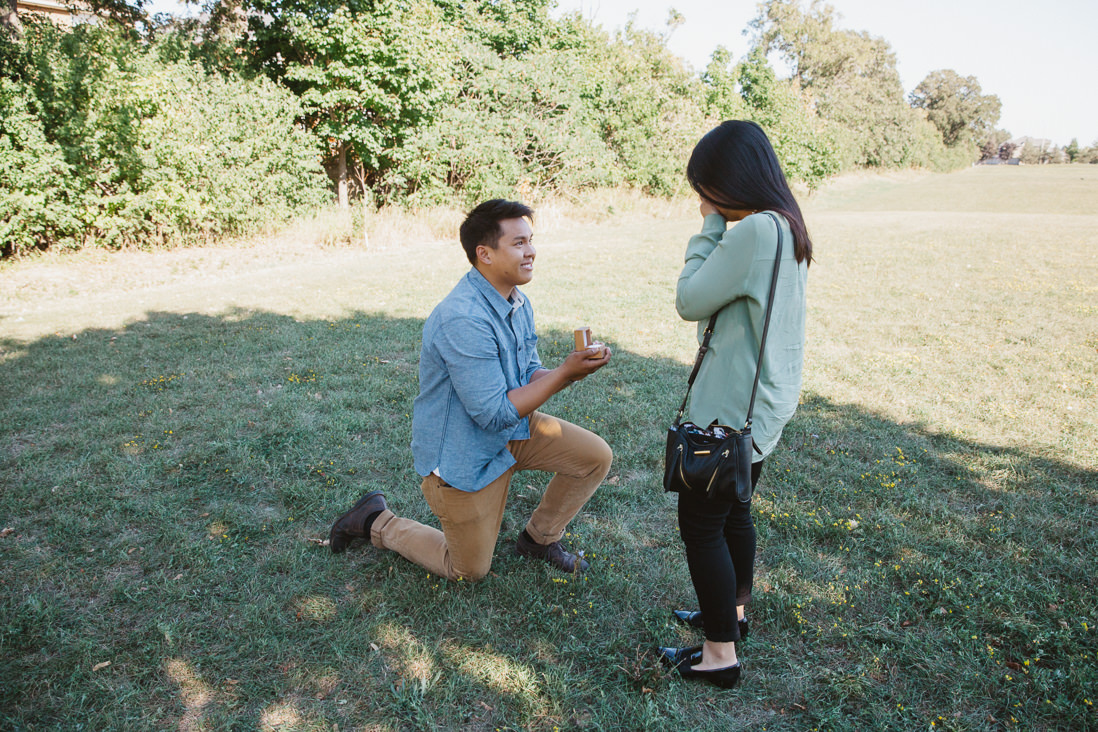 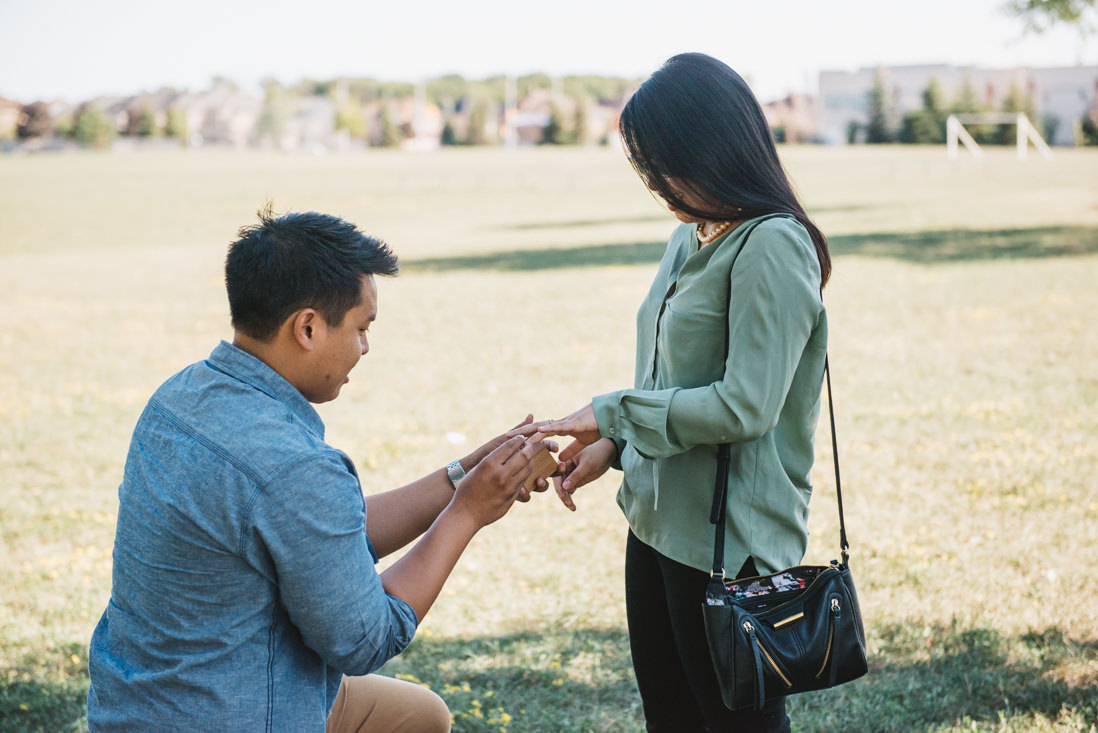 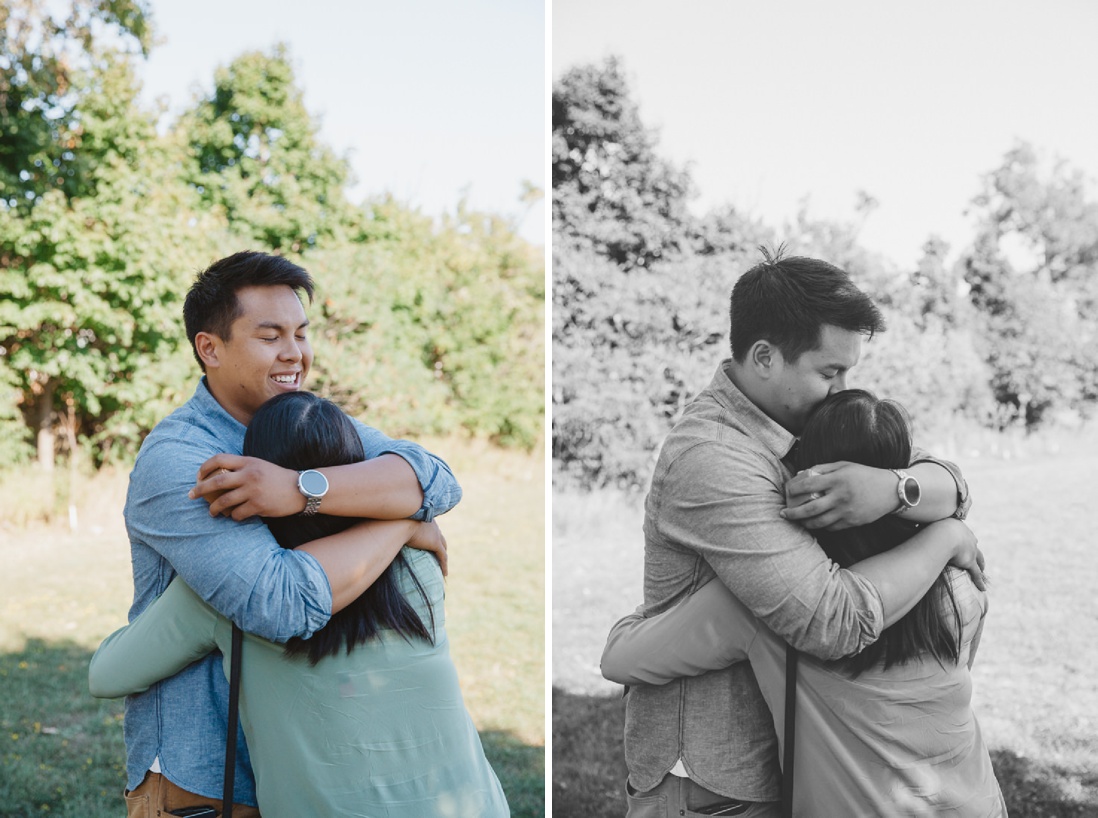 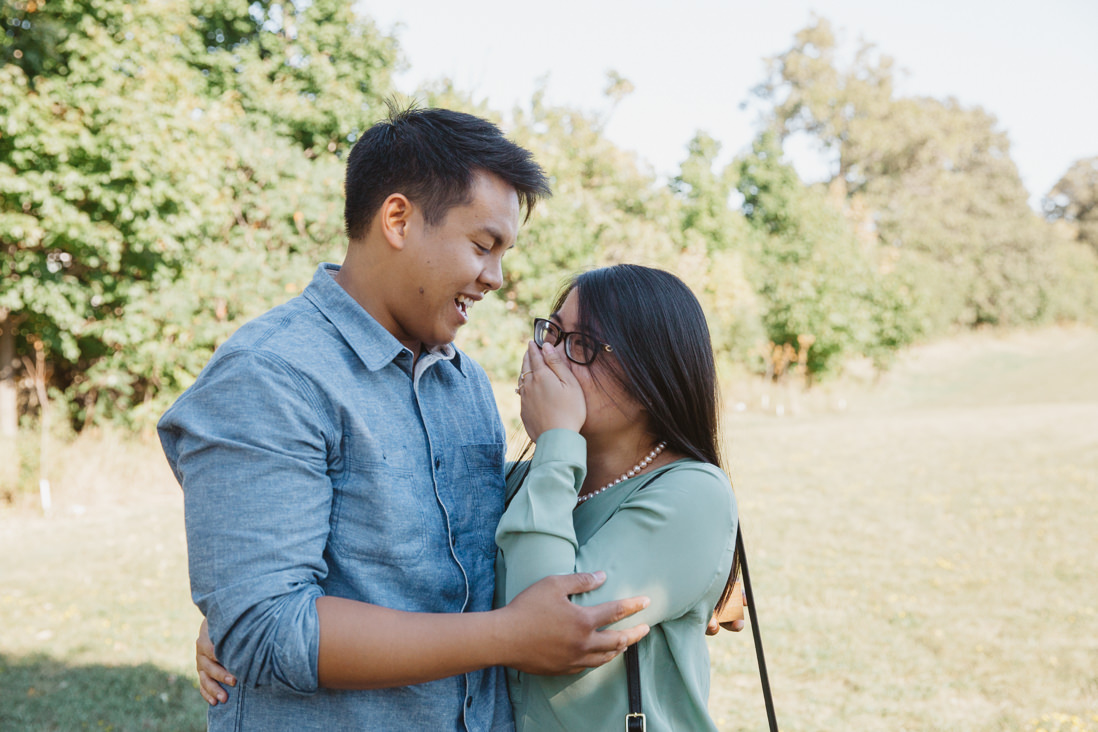 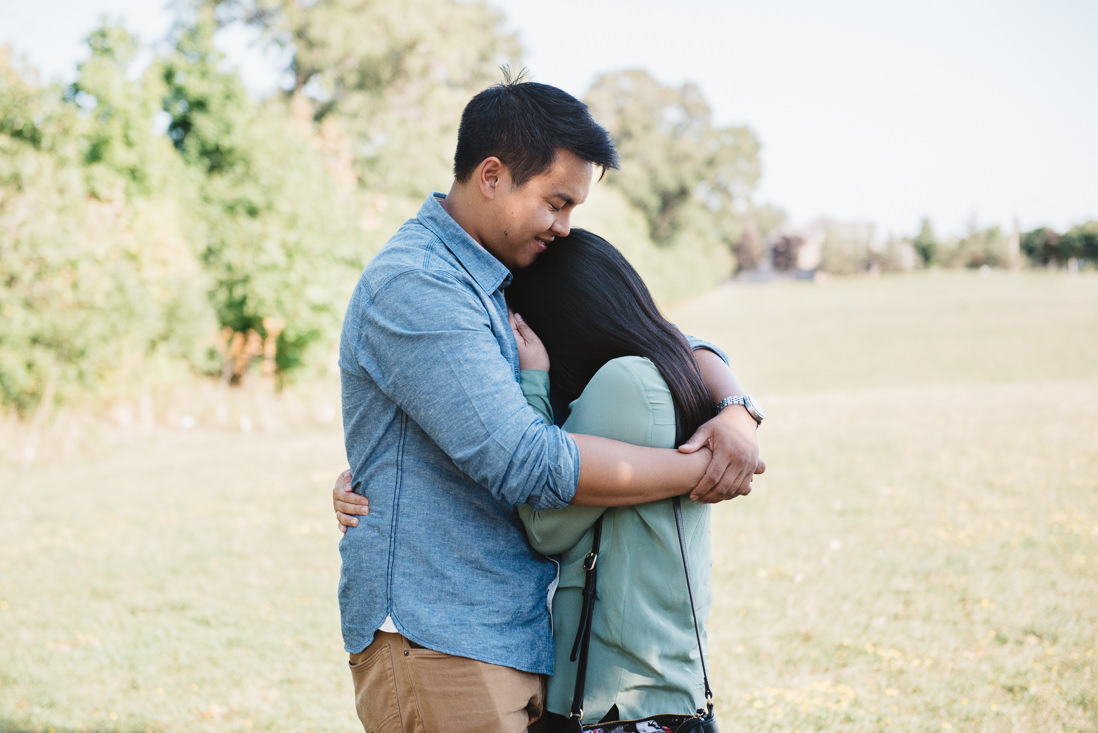 After they recovered from their emotional moment, we whisked Annalyn off to get beautified by one of our favourite friendors, Fiona Man! We also had one of her friends steal some dresses and shoes from her closet so she’d have something nice to wear for our photo shoot, haha! It’s not often that we get to shoot an engagement session immediately after the proposal, so we really wanted to make this extra special for Annalyn! After Fiona worked her magic, we were just in time to catch the last rays of sun for their autumn Erindale Park engagement session. This was us, literally #chasinglight as we made the most of the 30 minutes we had before the sun set completely! 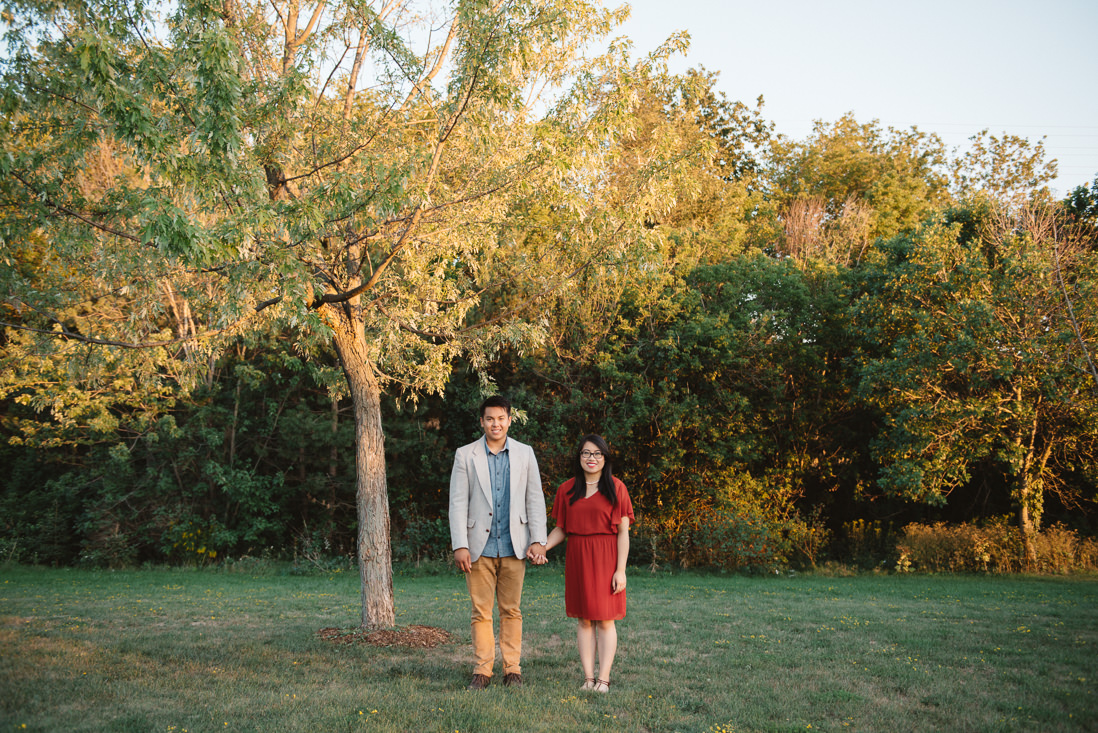 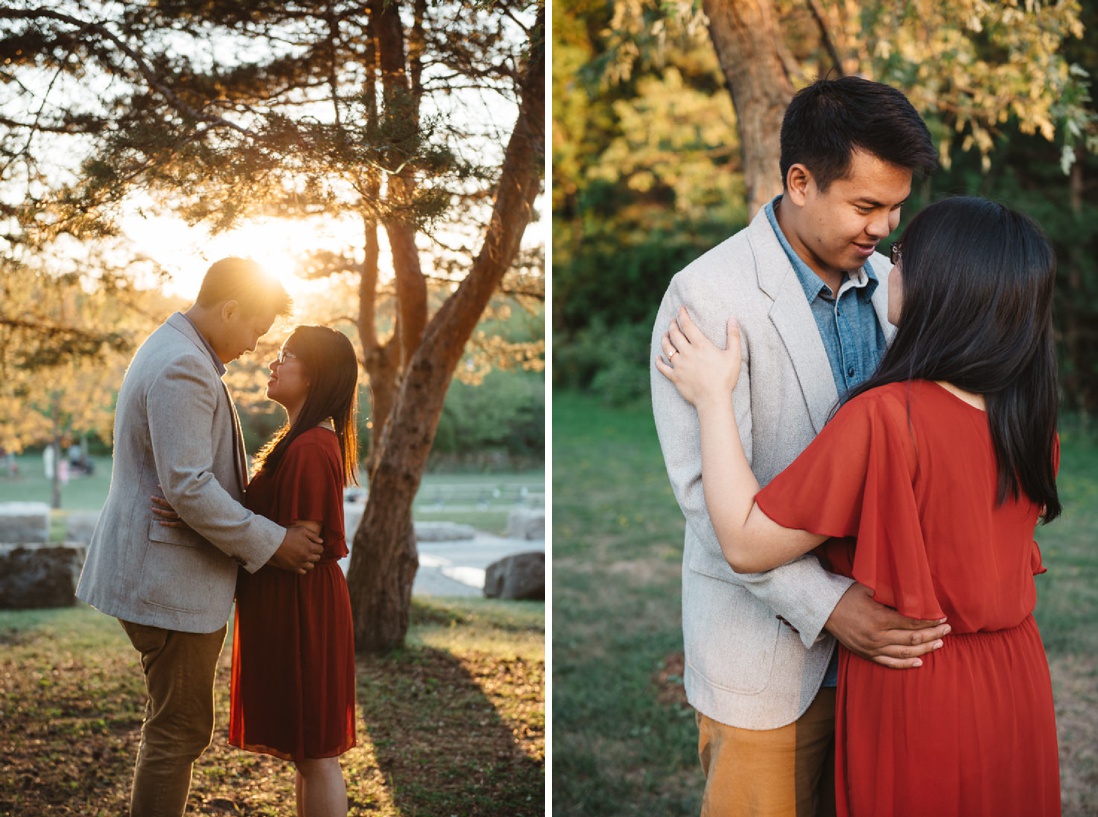 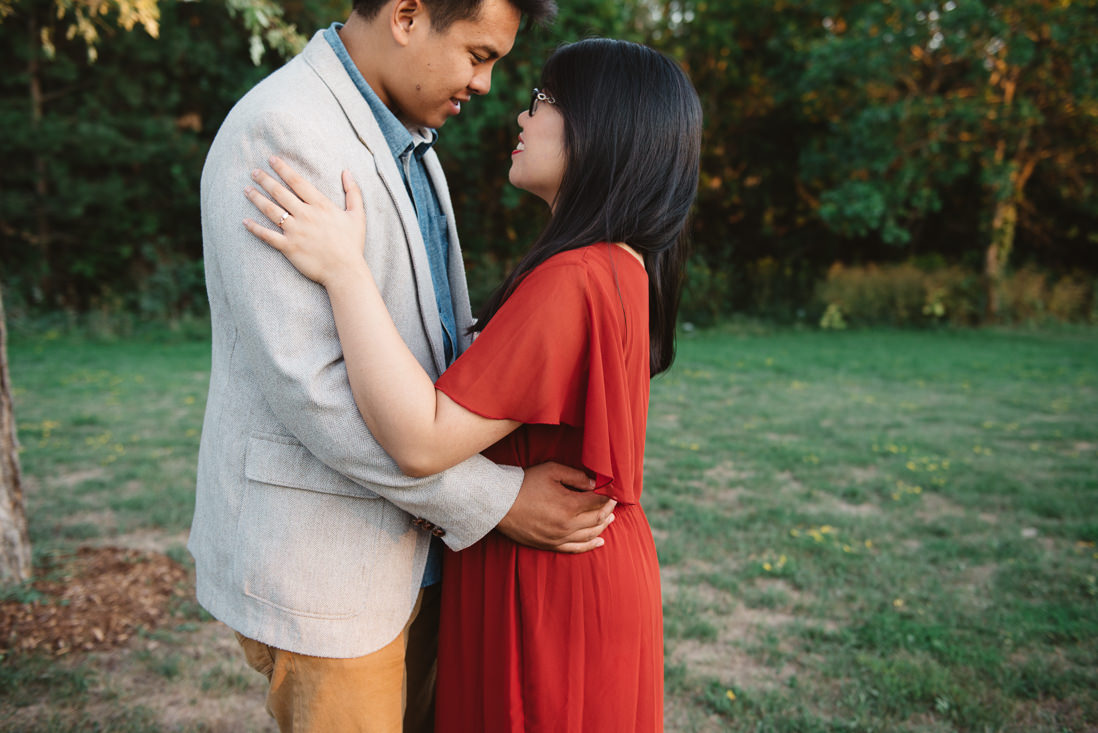 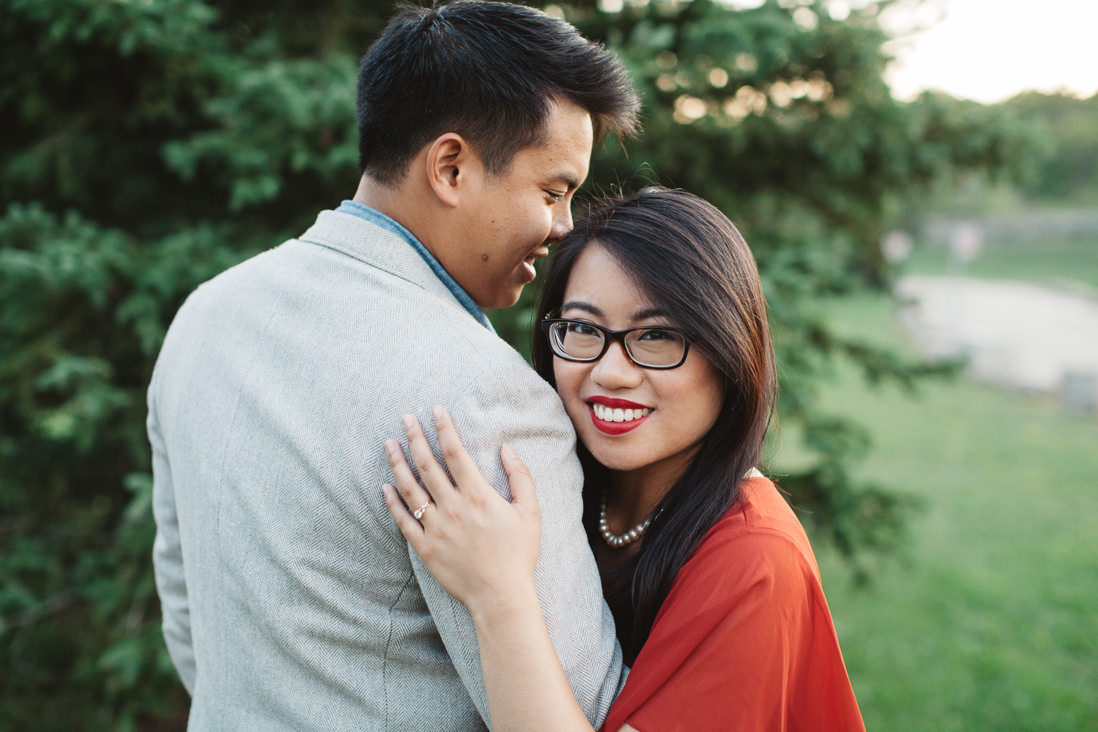 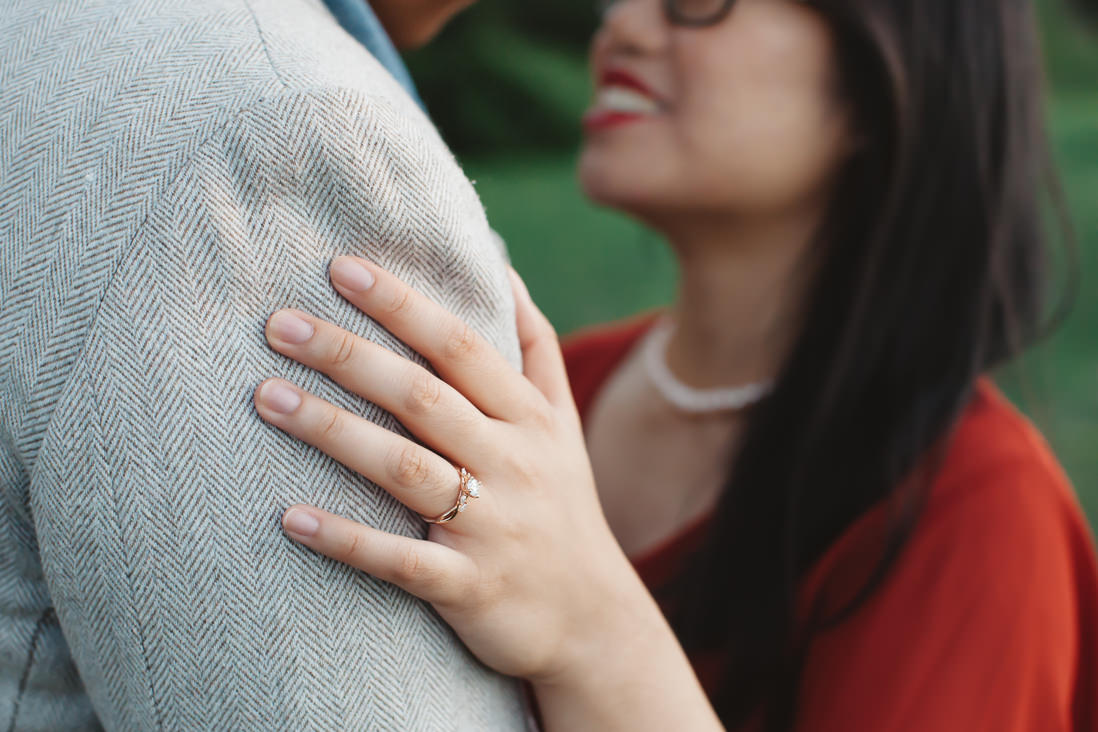 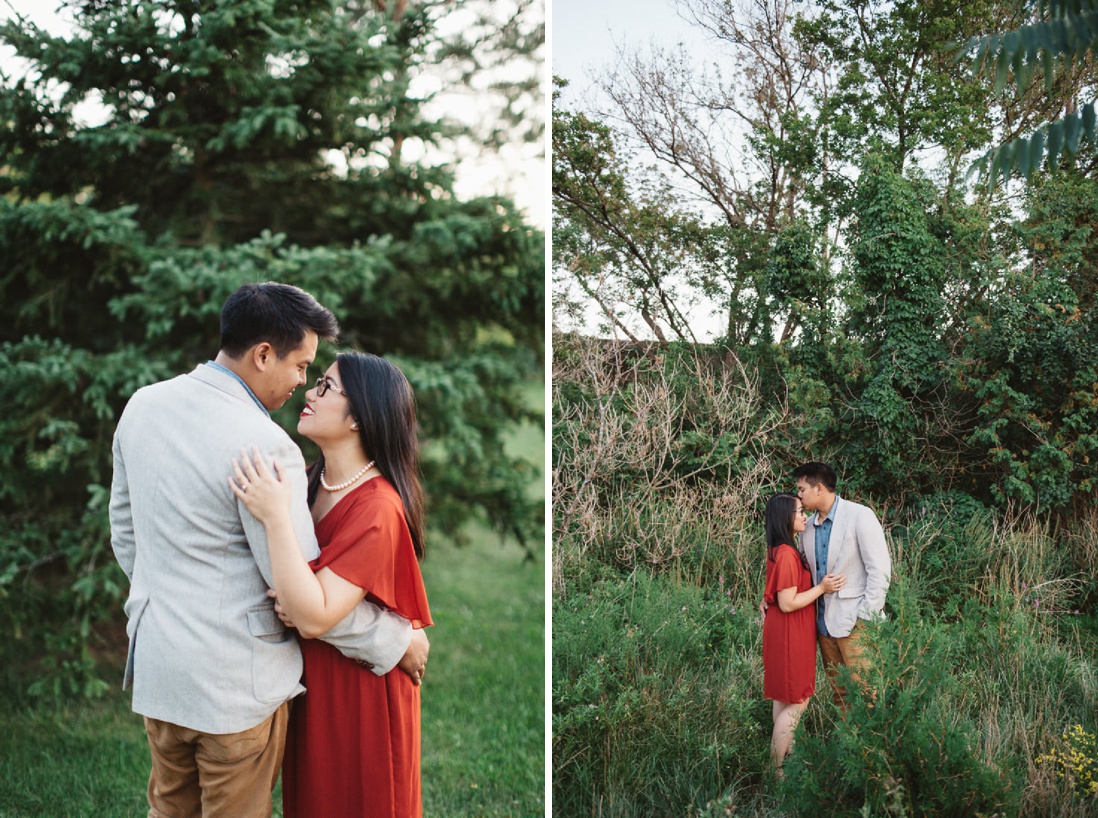 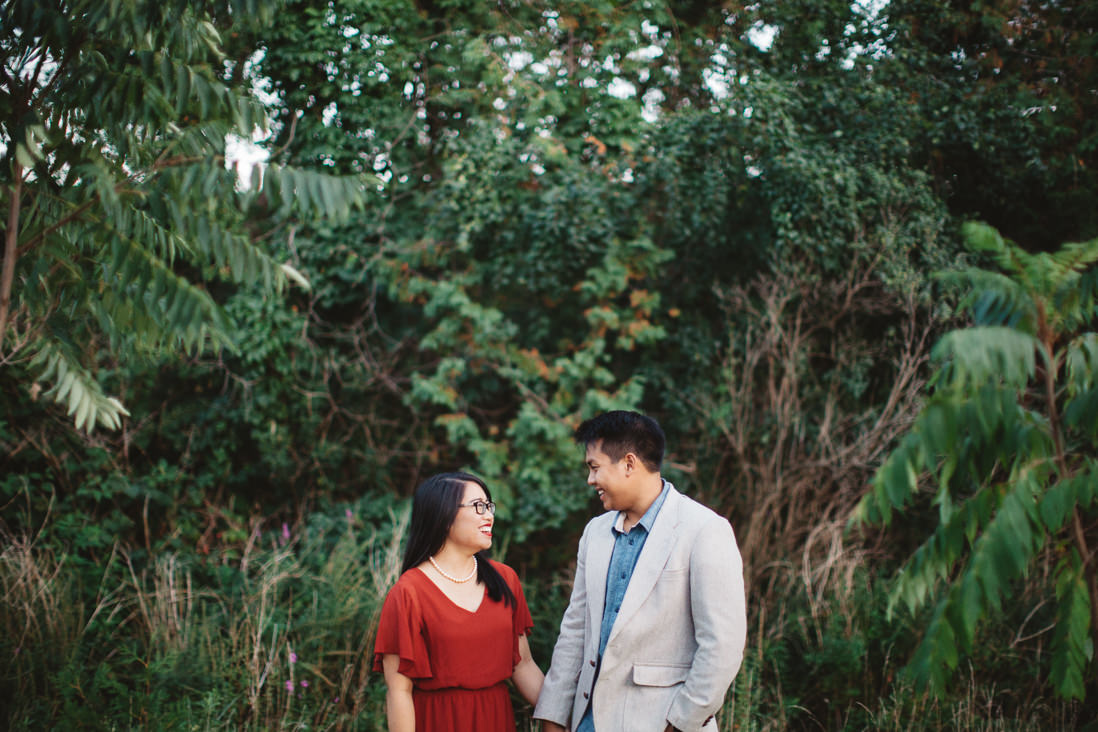 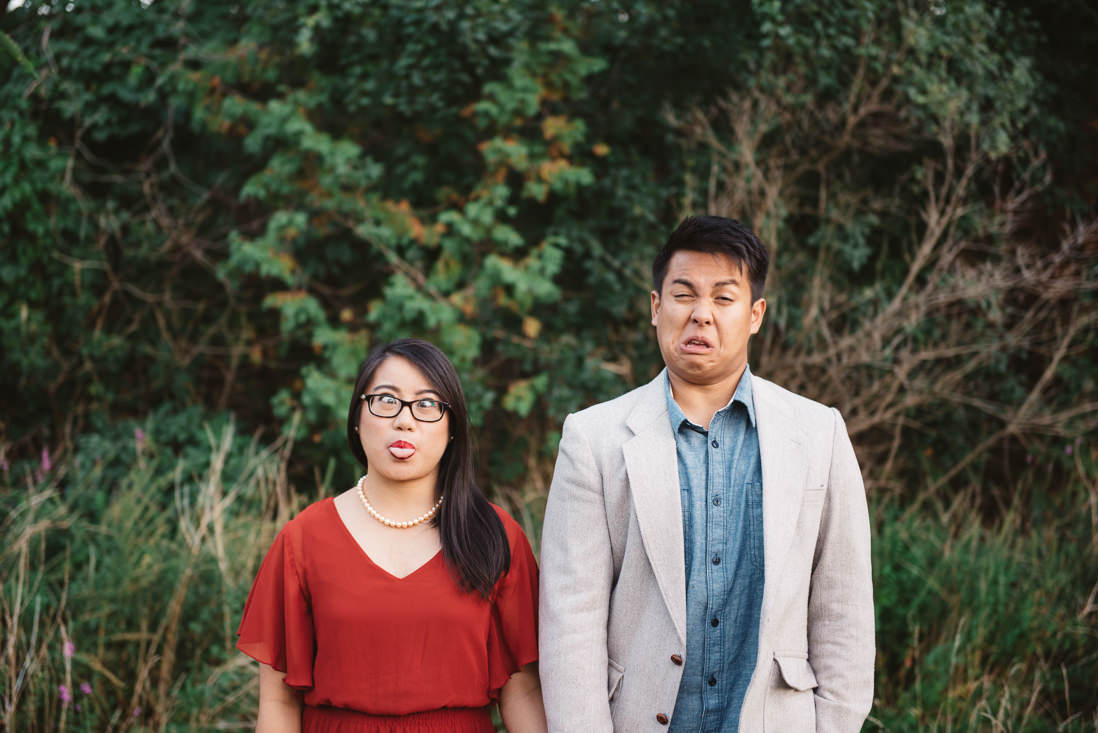 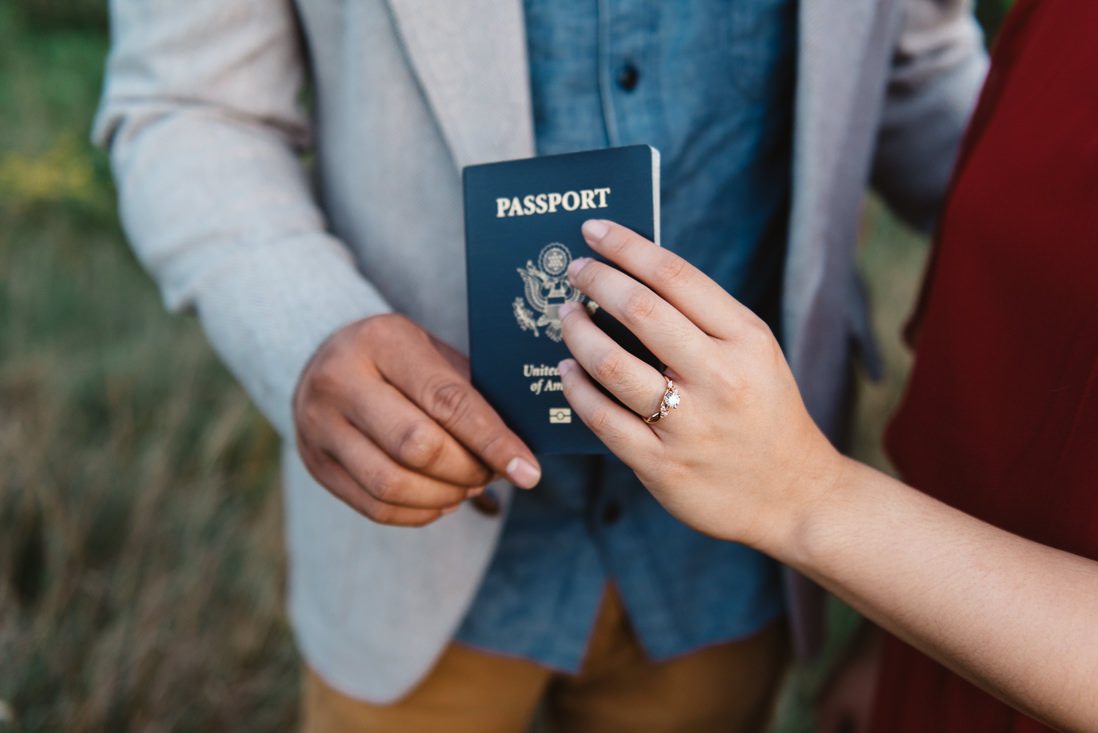 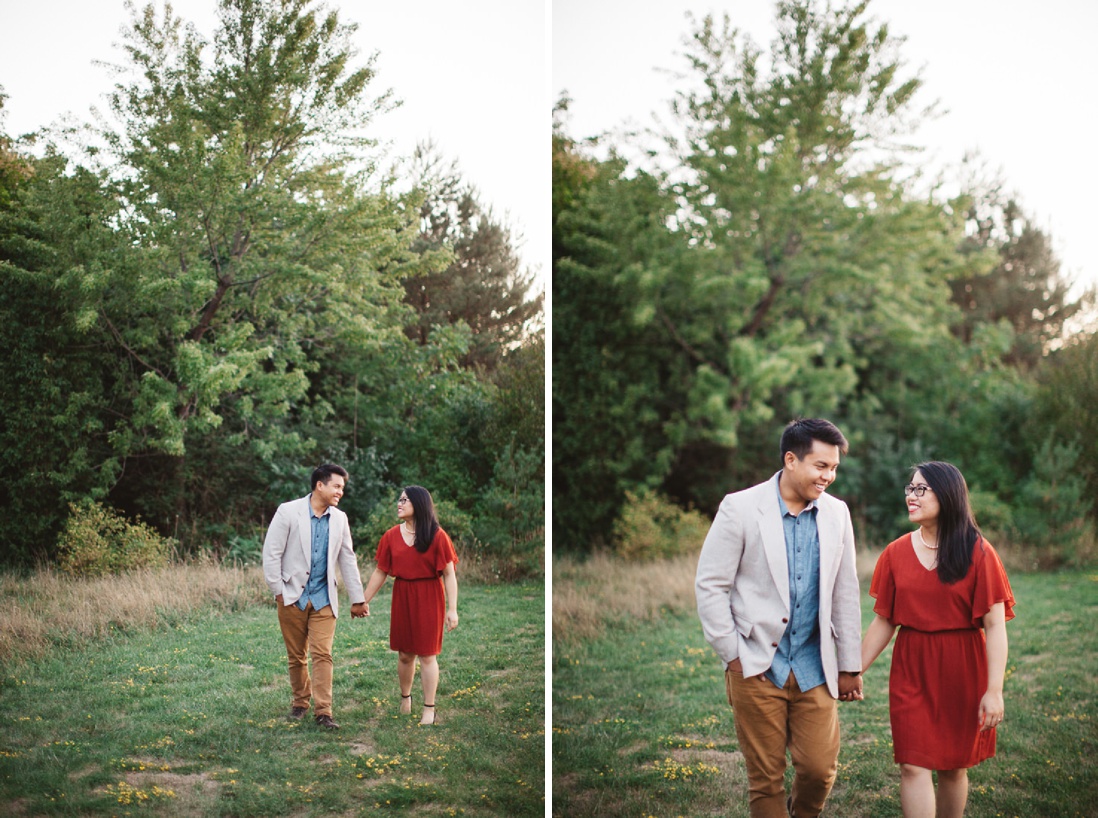 In case you hadn’t noticed, we had SO much fun shooting this Mississauga surprise proposal! Hats off to everyone who was involved in Operation SPARO, it was a huge success and we couldn’t have done it without you! Our most heartfelt congratulations to Annalyn and Joemel again, on their engagement! ❤️